NEW YORK, N.Y. — According to research by ForeclosureListings, during the last two years, the housing market has been suffering due to increasing numbers of foreclosure properties glutting the market. While this has been bad for homeowners who are losing their properties at unprecedented rates, investors have benefited from this trend. Housing values have gone down dramatically making many affordable for investors who can convert them into profitable rental properties and other investments. Recent statistics, however, suggest investors interested in taking advantage of this option may need to act fast. The housing market may be improving. 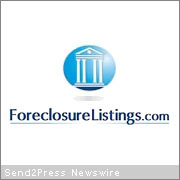 ForeclosureListings.com compiles and tracks data about foreclosures throughout the United States. According to their results, many cities and states have seen a decrease in the number of foreclosures between April and May 2009. These cities include Las Vegas (8.33 percent), Phoenix (2.28 percent), Atlanta (2.03 percent), Detroit (1.02 percent), Miami (6.10 percent), and Denver (7.56 percent). California, Georgia, Texas, Nevada, and Colorado have all seen their statewide numbers of foreclosures decrease by 5 percent or less. While that may not seem significant, most of these states have seen gains in foreclosures every month for at least a year.

Despite the positive results listed above, ForeclosureListings.com also noticed some hot spot cities on the horizon for potential investors. These are cities that have seen tremendous jumps in the number of reported foreclosures. According to ForeclosureListings, Chicago increased by nearly 13 percent, Minneapolis increased by almost 10 percent, North Las Vegas saw an increase of over 6 percent, and Memphis jumped by over 31 percent. Both Illinois and Nevada saw statewide increases: 6.62 percent and 4.65 percent, respectively. Florida, Ohio, and Michigan all saw increases statewide of around 1 percent. While these state increases may seem small, these states have already seen large numbers of property foreclosures and the situation does not seem to be drawing to a close if these most recent figures are any indication.

ForeclosureListings generates their statistics based on reports from government, financial, and real estate organizations. Each number is based on properties which have received at least one foreclosure notification between April and May 2009.

Started in 1998, www.ForeclosureListings.com is one of the leading online sites providing up-to-date information on the state of the housing market in the United States.