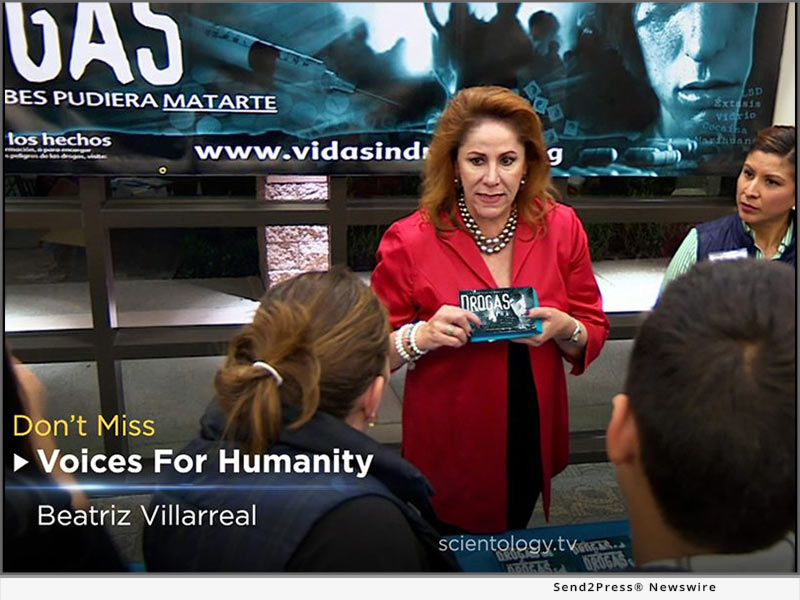 (LOS ANGELES, Calif.) — NEWS: Scientology Churches and Scientologists mark International Drug Overdose Awareness Day by bringing the truth about drugs to bear against the deadly pandemic of overdose deaths. Drug overdose doesn’t discriminate. It honors no borders. It strikes anyone and anywhere. And its allies are ignorance and deception.

This is why Scientologists the world over, working with like-minded groups and individuals, are launching International Overdose Awareness Day activities to promote drug prevention to end the senseless deaths.

Never has drug education and prevention been more important:

* The Centers for Disease Control and Prevention (CDC) estimates that some 108,000 people in the U.S. died of drug overdoses from February 2021 to February 2022. Of those, more than 70 percent involved fentanyl and other synthetic opioids.

* Though overdose deaths are considerably lower in the UK than in the U.S., the British Medical Journal describes escalating rates of drug-related deaths in that country as “a public health crisis,” with record numbers, the highest in Europe, increasing over the past decade.

* The number of Australians dying of unintentional drug overdose each year also continues to rise.

What is the answer?

The UN Office on Drugs and Crime states: “Prevention strategies based on scientific evidence working with families, schools, and communities can ensure that children and youth, especially the most marginalized and poor, grow and stay healthy and safe into adulthood and old age. For every dollar spent on prevention, at least ten can be saved in future health, social and crime costs.”

The Church of Scientology and Scientologists support Foundation for a Drug-Free World, the world’s largest nongovernmental education initiative. They sponsor Drug-Free World chapters, host drug prevention open house programs, and reach out to their communities on International Overdose Awareness Day and throughout the year with the Foundation’s The Truth About Drugs series of fourteen illustrated drug information booklets containing facts about the most commonly abused drugs.

* The Foundation’s The Truth About Drugs: Real People-Real Stories documentary

* Voices for Humanity episodes featuring drug-prevention activists who are saving young lives that would otherwise be lost to drugs.

Scientology Churches and Scientologists Proud to Support Drug Prevention Across the Globe in 2022 Jul 7, 2022