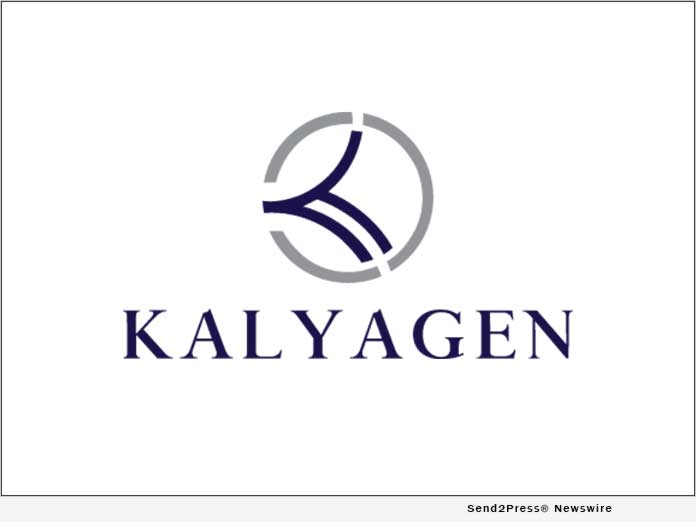 (AUSTIN, Texas) — NEWS: Kalyagen™ is pleased to announce that the next part of “The Stemregen Effect” digital media campaign will be filmed in Belize and feature actor, comedian, writer and producer Chris Spencer to promote STEMREGEN®, a natural stem cell enhancer documented to increase the number of circulating stem cells by stimulating Endogenous Stem Cell Mobilization (ESCM).

“We are delighted to have Chris participate in the next phase of our ‘The Stemregen Effect’ campaign,” said Christian Drapeau, CEO and Chief Scientist of Kalyagen™. “We are looking forward to having Chris help us showcase the benefits of STEMREGEN in the natural beauty of Belize, a country known for its wonderful stewardship of its natural resources.”

“I am delighted to be part of Stemregen family,” said Chris Spencer. “I’m looking forward to helping Kalyagen show the world how STEMREGEN can indeed stem the tide of time. But I’m also looking forward to working with the true star of this part of the campaign, the country of Belize.”

STEMREGEN® is a unique and patent-pending blend of proprietary plant-based extracts documented to support ESCM and increase the number of circulating stem cells, supporting the natural ability of the body to repair and stay healthy. Ingredients in STEMREGEN® have been investigated in more than eight studies for their effect on stem cell function, of which five were randomized, double- blind, placebo-controlled human clinical trials. STEMREGEN® has wide application in antiaging and overall health maintenance.

Kalyagen™ was founded by Christian Drapeau, author of the bestseller “Cracking the Stem Cell Code.” Kalyagen is a leader in the research and development of natural products aimed at supporting stem cell function of the body. Stem cells constitute the natural repair system of the body, and stem cell enhancers have been documented to strongly contribute to improving health and quality of life. STEMREGEN® is the first product developed by Kalyagen™. STEMREGEN® is a unique blend of proprietary plant-based extracts documented to support Endogenous Stem Cell Mobilization and provide other health benefits.

Chris Spencer is an American actor, comedian, writer, and producer. He has starred in several film projects and is also one of the most sought-after writers having done projects with Wayans family and Jamie Foxx and was the producer of the 22nd annual Mark Twain Prize for American Humor honoring Dave Chappelle. He also travels the country as a standup comedian and has performed on “The Chris Rock Show,” “Jimmy Kimmel Live!” and HBO’s “Def Comedy Jam.”

Mr. Spencer co-hosts a weekly radio show, “Date Night with Chris & Vanessa,” on Kevin Hart’s SiriusXM channel, LOLRadio. He is the creator of the scripted comedy, Real Husbands of Hollywood. He is working on several projects with the likes of Morgan Freeman, LeBron James, Fox and Universal Pictures. After talking to Will Smith about their heavier “dad bods,” Mr. Spencer came up with the concept of regaining his fitness and started the currently-viral Big Willie fitness challenge featuring himself, Will Smith, Marlon Wayans, Tumisho Masha, Anthony Anderson and many others.

Disclaimer: None of the statements contained in this press release have been evaluated by the Food and Drug Administration. The products and information in the release are not intended to diagnose, treat, cure or prevent any disease.

Mention of celebrity names does not imply an endorsement.

Kalyagen Releases Free eBook, 'The Stemregen Effect - Tapping into the Power of Your Own Stem Cells' Jul 14, 2021