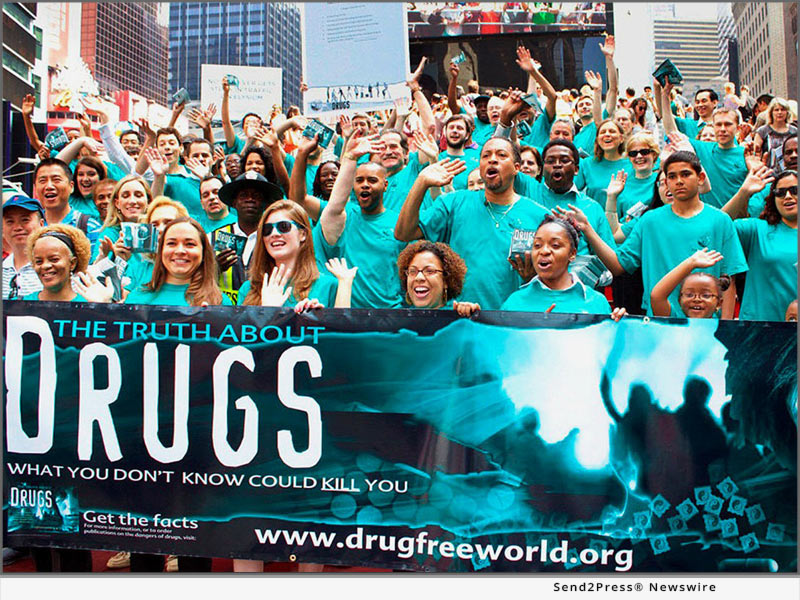 (LOS ANGELES, Calif.) — NEWS: Scientology Churches provide tools anyone can use to help end the overdose crisis. According to Centers for Disease Control and Prevention, more than 105,000 lives were lost due to overdose in 2021. On August 26, U.S. President Joe Biden declared August 28 through September 3 to be Overdose Awareness Week, saying “Beating the opioid overdose epidemic is an urgent priority.”

What can we do?

There are five simple things anyone can do to take effective action against overdose deaths.

Parents, educators, community leaders and any concerned individual can save lives by taking these simple steps:

* Understand how drugs work and what they do by reading the Truth About Drugs booklets available through the website of Foundation for a Drug-Free World.

* Enroll on free online drug education courses on the Foundation’s website. See how easy it is to learn the truth about drugs. Educate yourself and use this information to feel confident about speaking to others on this vital subject.

* Make the decision to use what you’ve learned to help your family, friends and community as a drug prevention volunteer. And order your drug prevention materials. They will be shipped to you free of charge.

* Contact your nearest Church of Scientology or the Foundation for a Drug-Free World to arrange any training you need as a drug education presenter. And START.

Using the resources from Foundation for a Drug-Free World, volunteers in countries across the globe are reaching their communities with this vital information. Many of them are featured on the Scientology Network in the original series Voices for Humanity. Among them:

* On the streets of Los Angeles, former addict David Sanchez uses Foundation for a Drug-Free World materials to give kids the street smarts they need to make the right choice about living drug-free. “I knew that I had to find a way to educate people,” he says. “Knowing about something that could hurt you is half the battle of being able to defeat it.”

* In Malaysia, Khai Aziz, lead singer of the hard-core straight-edge punk band Second Combat, uses his music to spread the message to youth that there’s nothing cool about using drugs. Straight edge is hardcore punk whose adherents refrain from using drugs. And with drug dealers targeting younger and younger children, Aziz is fighting back, using the Foundation’s Truth About Drugs initiative to reach kids in school.

* Lithuanian-born Ingrida Lingyte’s life was changed forever when her mother was killed and her sister paralyzed in an accident caused by a drunk driver. Years later, on a visit to Colombia, she fell in love with the country and made it her home. To combat Colombia’s drug culture and the suffering it causes, Lingyte and her team have reached one-fifth of the country’s population with the Truth About Drugs. And they’re still going strong.

Noting the role substance abuse plays in the disintegration of the social fabric, Scientology Founder L. Ron Hubbard wrote, “Research has demonstrated that the single most destructive element present in our current culture is drugs.”

Thousands of people are using these tools in their communities to make a difference. Join them.

Voices for Humanity is a Scientology Network original series of short documentaries introducing changemakers from all faiths, cultures and nations as they extend help to their communities through Scientology-sponsored humanitarian programs.