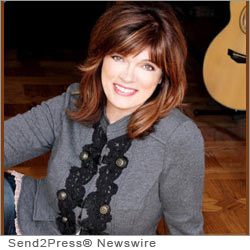 LOS ANGELES, Calif., May 1, 2012 (SEND2PRESS NEWSWIRE) — Proving once again that country musicians find songs in many places, Sandra Piller (www.sandrapiller.com) reached back to a nineteen sixty-seven album by legendary rock band, The Doors, recording a new version of their hit, “Love Me Two Times.”

Appearing originally on the “Strange Days” album, the composition was written by all four members of The Doors, Jim Morrison, Robby Krieger, Ray Manzarek, and John Densmore. Piller’s version joins other recordings of the song, including interpretations by Aerosmith, Joan Jett, and George Winston.

In discussing why she selected the tune, Piller explained, “I really enjoy it when a song has a strong storytelling aspect,” she said, “plus, there is passion in the song and I relate to that.”

Piller’s record label, Shady Hill Records, had not planned on doing a video to accompany the new recording, but that didn’t stop Piller’s fan club, which stepped forward to make one. The club, which calls itself The Wild Bunch, created the video and made it available on YouTube.

In the song’s lyrics, the singer repeats the refrain, “I’m going away,” which prompted the video makers to feature numerous sequences of travel, including planes, trains, buses, taxis, trucks, and even walking. While the story of the song does not specify the reason for leaving, members of The Doors said the song was about a soldier or sailor with his girlfriend on his last day before leaving to go overseas to war.

This is the fourth fan-produced video for Piller, and joins two official videos for songs from her most recent album, “Days Like These.” The song and her albums are now available on iTunes and the Shady Hill Records site (www.shadyhillrecords.com).

BLURB AND/OR LONG CAPTION:
Sandra Piller is heard on a new country version of “Love Me Two Times,” a song by legendary rock band The Doors. A video for the song has been created by Piller’s fan club.