Chapter 1 Your Place in the Universe.

Much like you, I came into this world unable to type. That skill was acquired later, allowing me to take part in the highly-paid “word nerd” thing enjoyed by swanky novelists, playwrights, poets, bloggers, and writers of auto dealership advertising.

But on that crisp November day, it was just another unskilled baby being born. “He’s so beautiful!” said the mother. “He’s a bit prune-ish, isn’t he?” asked the father. “And I’ll bet he can’t type worth a damn.” They were both calling it as they saw it.

A local news feature known as The Oddity File put it this way: “There were a dozen births at Madisonville Memorial Hospital yesterday: eleven girls and one boy. Now there’s a guy who already has the knack for getting involved with the opposite sex.”

Of course, I had already been involved with a member of the opposite sex. Rather intimately involved, in fact, for nine months. Setting that aside, it is true that when you go looking for John Scott G you just have to look for the ladies and that’s where you’ll find me. Not dating any of them. Just, you know, hanging around, pretending to be a photographer, artist, musician, designer, videographer, and so forth. Anything except a writer, which takes actual work.

The World is Divided…

You’re only two minutes into the book and already some of you are saying, “Oh won’t you please please please give me more hysterically funny details about your birth.” On the other hand, many of you might be asking, “Where is the sex that was blatantly promised in the title of this book?”

I promise there will be sex in the book, both secret and obvious, but my feeling is that we should not, um, get into that until much later in the story. In the same way that some girls insist on “the three date rule,” we have to consider “the three chapter rule.” Okay, okay, if we really hit it off and you seem like a really sincere reader, we might ramp things up a bit in Chapter Two. Unless you are possibly “the one,” in which case we can be hot ‘n’ heavy right now. But look, there are community standards to consider here, so let’s take a poll to see how we should proceed. All those in favor of waiting, just say “I respect you and want things to be right and nice and perfect and nice and full of niceness.” All those in favor of getting to the sex immediately, just say “woof!” Let’s pause now for the balloting.

Thanks for voting! All right, here we go with further details of my birth. It all happened in beautiful downtown Madisonville on the last Thursday in November. Members of the United States Congress, noticing the momentous occasion, declared it a “day of giving thanks,” and all of America makes it a four-day football weekend from then on.

[Note: it has been pointed out to me by the fine people on the Editorial Board at Ga-Ga.com that there may be an element of historical inaccuracy in my description of certain events. Therefore, gentle reader, please be advised.]

Yup, I was born on Thanksgiving. Or, as my mom put it, “We didn’t need to have turkey that year; we had you.” And there were other noteworthy comments about this earth-shattering incident. For example, Leslie-Ann Donnally, who had recently been crowned Miss Madisonville, spoke to the press after the ribbon-cutting ceremony at the opening of a Donut-O-Rama and offered this undeniable opinion: “While serving in my reign as your Miss Madisonville, it is my pleasure to point out that there are a great many fine things to say about Madisonville. Thank you.” The applause was polite, not thunderous.

Another observation was made by one of my uncles, the one we called Crazy Larry because his name was Larvelle and because he made statements like this: “Let me just say that there is entirely too much concern about the intellectual abilities and occupation of the parents while not enough attention is given to their physical stamina. If they are not able to exist on three hours of sleep out of every 24, then they should have purchased condoms.”

It must be pointed out that uncle Larvelle never married and was thus deemed “odd” by the females in the family. They also didn’t much care for most of his remarks so they called him Crazy. Yeah, he was crazy all right. Crazy like a fox. (“A wedding is a funeral where you notice somebody brought you flowers,” he used to say, although I think it’s a twist on something Eddie Cantor was supposed to have said, unless it was written by his press agent.)

Another point that Crazy Larry made is that the physical location of a family might greatly affect the young ‘uns. It turned out that he was correct. Our location was not geographically desirable. In winter, snow piled up everywhere and turned the place into a gigantic meat locker, with approximately the same charm. Although there were some pretty scenes here and there, what with the tops of trees poking up out of the frozen-solid snow banks, which you could plainly see from your second-story windows. (Meanwhile, on the ground floor, you had a nice view of your cracked and weather-beaten storm windows as about four tons of snow attempted to get inside and mummify everyone.)

Then, in summer, it could be ninety degrees with 110% humidity and yet not raining. This is a condition that is called super-saturated air. It results in a unique form of perspiration forming on your body. Imagine walking through a car wash that was gently coating you with something that resembles library paste mixed with egg yolks and pancake syrup.

To be fair, the other four weeks of the year could be quite lovely. If you don’t mind the mosquitoes. Speaking of which . . .

A mosquito bite is not normally a big deal. Well, aside from the potential for malaria, yellow fever, Rift Valley fever, dengue fever, West Nile virus, and various forms of encephalitis.

In a truly misguided attempt to call attention to myself, I contracted one of the forms of encephalitis. 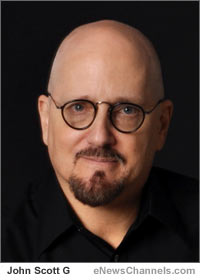 As you might expect, there were some complications from this. Semi-consciousness, hospitalization, scientific testing, psychotomimetic manifestations, and so forth. Sure, it’s nothing that your average teenager doesn’t go through on a typical prom night. But for a young kid, it was a tad more annoying than the regular mumps, measles, croup, chicken pox, mononucleosis, and the fake stomach cramps we used to use to get out of that fifth-period math test.

I’m not trying to make light of it. Well, yes, I am trying to make light of it, but hey, I’m still alive, and the illness resulted in a whole bunch of neat-o sexual experiences later in life. Let me explain. Once the crisis was over and I was able to get on with my life, there was a very ominous entry on my “permanent record” at school. One short phrase, “survived bout with encefalitis” (yup, they spelled it wrong), had profound implications for me once my body and hormones got blindsided and run over and dragged through the brambles by that thing called puberty.

For example, it led to some very interesting interactions with the middle school nurse, who I could see almost anytime I mentioned “survived bout with encefalitis” to them. What happened between me and the nurse wasn’t too terribly shocking. I mean, as long as parents, teachers, students, school administrators, and the media didn’t find out about it.

“Secret Sex, A Book Alive Online,” written and lived by John Scott G, is Copr. © 2011 by JSG, all rights reserved under U.S. and international copyright conventions. Commercial use in any form is forbidden without express written permission of the author. Originally published on eNewsChannels-DOTCOM – a publication of NEOTROPE®. Credits: Cover art by Phil Hatten. Author Photo by Meredith Day.