As soon as I was legally able to drive, the Southern California freeway system became a total delight. In my car, I was free! Put on some music and head on over to any part of the city at any time of the day or night. Pure joy! 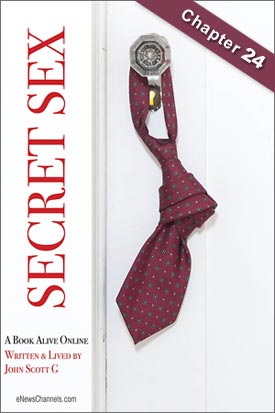 It was great to be able to just zoom around town, collecting experiences at every stop. Consider an early evening in Spring, driving on the Hollywood Freeway, wind billowing through the sunroof, heading to a movie. I was big on movies at the time. Having been given a 16mm Bolex camera as a birthday present, I was into making my own film clips, sometimes to put into a mini-epic motion picture of my own design, or just to use as part of a light show when a friend’s rock band played a dance or a party.

With a strong interest in alternative cinema, or what was sometimes called underground films, I would often attend screenings of art flicks at campus film club meetings. That’s right: art flicks, not porn. Although it was sometimes difficult to tell the difference. On this occasion, I may have been on the way to see “Last Year at Marienbad” with “The Films of Kenneth Anger” or some such. (Note to people who are now saying WTF does this have to do with the car crashes that were promised in the chapter heading? The crash is coming. Just let me set the scene a little. Sheesh, you people are so literal sometimes.)

So, art films. Sure, I would also lower my standards and see commercial film releases, and sometimes you could find a well-made film coming from a major studio, but those were few and far between. For every “M*A*S*H” there would be dozens of still-born monstrosities like “Tora Tora Tora” and “Airport.” For every “Performance” there would be oodles of fluff like “Scrooge” and “C.C. and Company.” For every “Taxi Driver” there would be tons of tasteless crap like “Moment by Moment” and “Xanadu” and “The Wiz” and “The Towering Inferno.” Not to mention “Sgt. Pepper’s Lonely Hearts Club Band, The Godawful Movie That Stole the Title of The Beatles Funhouse Album.” So I went all over the city to find more interesting cinematic creations.

My own personal taste ran more towards the bizarre. Jodorosky’s “El Topo,” for example. Or “Un Chien Andalou” by Luis Bunuel and Salvador Dali. Or even the Coffin Joe films of Jose Mojica Marins. To see any of this stuff meant attending midnight shows or seeking out one-time-only college screenings. These were esoteric happenings. In other words, proceedings that couldn’t afford to advertise other than on small fliers distributed in head shops and used record stores.

These showings were as unconventional as their marketing. Here’s how it would work at one of these things: First, you pay a couple bucks as a “donation,” because many of these groups were not officially recognized by the Associated Students, meaning they were not authorized to sell admissions. So, you donate to the Phi Delta Phi Film Appreciation Society or whatever and then walk in and quite often discover that you were not in a theater. It might be a multi-purpose room or the weight room of the gymnasium or a lecture hall or just a classroom or the common area of a fraternity. In one case, it was outside on the quad and so the screen was simply the back wall of the cafeteria.

Whatever the location, you would find yourself mingling with several dozen beatniks of various dispositions. Some were Quietly Suffering Souls, dressed down for the scene. Some were folks who were Intensely-Above-It-All. They were dressed moderately better, and in certain cases rather well-decked-out. One guy had on a velvet suit. Looked very sharp, actually, but you really need a strong personality or slightly visible aura to pull that off.

Still other attendees were Abstractly Distant, no matter how well or badly dressed. There always were a few Beautifully Tragic Poets of various genders. And, of course, some were just Drugged Out societal rejects. No interaction problems here, by the way; you could get along with any of them by just shutting the hell up.

The seating arrangements at these places were luxurious, if by luxurious you mean metal folding chairs. Invariably, a couple of people would be semi-curled up on the floor. And there were always a few who brought their yoga mats and would make a bit of a show out of assuming the position.

Half the audience would be smoking, but that was okay because not all of them would be using tobacco. During the screening, you would gradually get a contact high from both nicotine and marijuana. Over in the corner, the coffee machine would gurgle impertinently throughout the showing. And yes, a few people would keep their shades on during the flicks.

On the screen might be “Fireworks” or “Scorpio Rising” or Maya Deren’s “Meshes of the Afternoon” or even local student-made productions in various stages of completion. Usually the projected images were acceptable. The sound, on the other hand, would have to compete with the clatter of a 16mm projector that was often sitting right there in the room with us.

These were the kinds of presentation where the reels of “Marienbad” were probably shown out-of-sequence, although I would have no way of knowing if that was the case. Come to think of it, who besides director Alain Resnais or writer Alain Robbe-Grillet could be certain of that? If you’ve seen “Marienbad,” you’ll know that it might not make much difference; it’s beautiful, poetic, and hypnotic, but it’s also surreal and calculatedly anti-traditional in its narrative progression. (Okay, I’ll leave off with the cinema reviews.)

Anyway, there I was, tooling along the freeway in my nice little compact car. Reaching the correct exit, I left the roar of the freeway and headed down the off-ramp to the signal lights at the bottom. I was caught by the red light and eased to a halt. Since I was the first car to reach the end of the ramp, there was a nice view of the college co-eds who sauntered through the crosswalk in front of my car. Wondered if they could possibly be going to the film screening. “Nah,” I thought, “not hippie-looking enough.”

A car pulled up behind me, also waiting out the red light. In my rear-view mirror, I saw that it had a small sign affixed to the roof. The sign read: “revirD tnedutS.” It was one of those dual-steering-wheel cars used by driving instruction firms. The Student Driver looked a bit worried but the instructor seemed calm, and they had stopped without nudging my car, so I didn’t worry too much about them.

Unbeknownst to all of us, something was happening at about the mid-point of the off-ramp. A truck was on its way down toward us. It was not small like a pick-up truck. It was not medium-sized like a cargo van, box truck, or delivery vehicle. It was a semi-trailer truck. A five-axel vehicle. A 70-foot-long behemoth capable of hauling fifty-thousand-plus pounds of cargo.

At this point, please allow me to reference a study sponsored by the U.S. Department of Transportation which found that nearly one-third of all crashes involving large trucks were at least partly due to problems with the truck braking systems. Which I do believe was the case here.

So, in a matter of a few seconds, things happened like this:

1) Semi-trailer truck lost some or all of its braking ability.

3) Girls in crosswalk stopped and turned toward the sound.

5) Girls bolted toward the sidewalk.

7) Driving school car crashed into me.

8) My car was pushed into the intersection.

9) Whereupon my car was hit by oncoming traffic.

What was it like to be in that car, you may ask. Well, have you ever seen a bumper car ride at a carnival? You’re supposed to direct your little dodgem car in a big circle around the outer surface of the ride, so the only collisions would be with cars which are also kinda-sorta moving in the same direction. But sometimes one of the bumper cars is hit in such a way that it spins into the path of cars coming in the other direction and you get to watch a wham-wham-wham-wham chain reaction of car carnage.

You know, another fine analogy might be that our autos were behaving a little like balls on a billiard table, assuming all the other balls were rolling into just one of them. However you describe it, the fact is that my little bumper car did not survive the non-sanctioned destruction derby event we were staging in the middle of the road.

But other than requiring a few months of weekly physical therapy, I had been able to walk away from the wreckage. I know: like a cat using up its nine lives, I once again escaped from ending one’s meat. I mean meeting one’s end. Oh, you know what I mean. Sorry; perhaps I am still a bit addle-pated from the accident. I’m just saying.