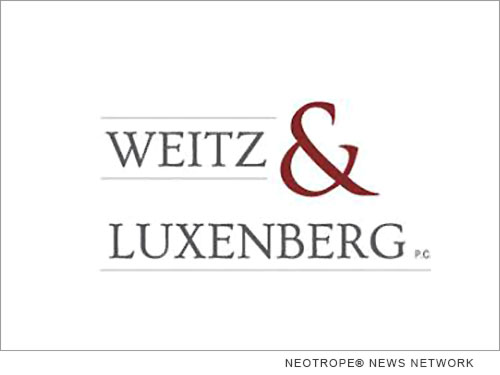 The jury also decided that the estate of New York resident Selwyn Hackshaw, who died at 74 last August, should be compensated $10 million for his own pain and suffering, according to Weitz & Luxenberg.

The verdict was rendered against the defendant corporation, Crane Co., after four grueling weeks of trial and two days of deliberation.

Crane was found by the jury to have acted recklessly, with conscious disregard for the safety of Mr. Sweberg, Mr. Hackshaw, and others like them.

Dan Kraft Jr., one of the lead attorneys on the victorious Weitz & Luxenberg trial team, said the verdict sent a clear message to companies that once made, distributed, or sold products containing asbestos and now hope to sweep their culpability under the proverbial rug.

“The message is that we are relentless in making sure that the innocent victims of asbestos exposure will not be forgotten or brushed aside,” he said.

“The message is that we’re going to uncover and expose in court the wrongdoing of every company that’s responsible for asbestos-containing products and do our absolute best to make sure every company responsible in any way pays its fair share to the victims and their families.”

Weitz & Luxenberg indicated its case against Crane was appreciably strengthened by evidence tying the defendant to recommendations Crane gave to its customers to steer them to use specifically identified asbestos-containing products in conjunction with Crane’s core line of valves, pumps, and branded boilers.

“At trial we were able to show that not only was it foreseeable by Crane that these asbestos-containing products would be used with Crane’s own products but also that Crane specified and recommended the asbestos materials to be used with Crane products,” said Michael Fanelli, another lead attorney on the Weitz & Luxenberg team.

“We were able to show that Crane as far back as the 1930’s knew asbestos could kill – decades before either Mr. Sweberg or Mr. Hackshaw first came into contact with Crane products,” Mr. Fanelli added.

Sweberg and Hackshaw did not file suit together against Crane. They filed separately, but their cases were later joined as a matter of court, party, and witness convenience because the issues, facts, evidence, expert testimony, and defenses in each case were essentially the same, explained Jerry Kristal, the third key attorney member of Weitz & Luxenberg’s team.

The joined lawsuits were heard in New York Supreme Court, County of New York, Part 55, in the courtroom of the Hon. Cynthia S. Kern.

Born and raised in Brooklyn, lifelong New Yorker Sweberg worked as a union electrician, having entered the trade by following in the footsteps of his father. From 1962 until 1972, Sweberg claimed he was regularly exposed to asbestos during new construction, renovation, and repair of numerous New York City schools and high-rise buildings, court record show.

“Mr. Sweberg was exposed to asbestos through his hands-on work with various electrical products,” said Kraft. “But he was also exposed as a result of being present while other trades people were applying asbestos-containing insulation to boilers, pumps, valves and other equipment.”

Kraft added that Sweberg testified at trial about how mesothelioma “has absolutely wrecked his life. At one point he said, ‘When you live with mesothelioma, it’s not really living at all.’ He said he looks in the mirror and doesn’t even see the guy he was, once upon a time.”

Fanelli said Sweberg described in court how he is now fighting for his life: “He’s fighting a fight he knows he isn’t going to win, but he said the reason he continues to fight anyway is because it’s important to him to be able to spend with his family as much remaining time as possible.”

According to court records, Sweberg was diagnosed with pleural mesothelioma in mid-2012. In 1997, he was diagnosed as suffering from asbestosis.

Because of the asbestosis, Sweberg made a point of receiving twice-annual CT scans of his chest to monitor for signs of asbestosis progression.

It was in the course of one such checkup that doctors detected a spot on the lining of his lung. It appeared cancerous. That led to further testing and subsequent confirmation of mesothelioma.

Meanwhile, Hackshaw was diagnosed with mesothelioma in late 2012.

“Mr. Hackshaw suffered tremendously with the disease during the time that he lived with it,” said Kraft. “The final four months of his life, he was basically bed bound. He couldn’t feed himself and could barely breathe.

“What makes that especially tragic is that this is a man who was formerly a marathon runner who went to the local Y three days a week to swim and play racquetball. He was in great physical condition before the cancer.”

Fanelli indicated that Sweberg too was in remarkably good shape prior to the onset of mesothelioma. “Each man was super-active, completely healthy,” he said. “They took their wives out dancing, they were able to keep up with their grandkids.”

Born in Curacao, a Dutch Caribbean island off Venezuela, Hackshaw came to the U.S. in 1967. However, his exposure to asbestos occurred before that move, court records indicated.

From 1957 until 1964, Hackshaw worked as a pipe fitter and electrician on the island at a water distillation plant and at a Shell Oil refinery.

“He was exposed to hundreds upon hundreds of Crane valves, which he would install, repair, and renovate,” said Kraft. “One of his tasks was to apply and later remove asbestos insulation from them. He also was responsible for changing asbestos-containing gaskets associated with the valves.”

In particular, Hackshaw used an asbestos-laden material from which custom gaskets could be fashioned onsite, said Fanelli.

“The product was called ‘Cranite Asbestos Sheet Gasketing Material,'” he said. “It’s 75 percent to 85 percent asbestos. Mr. Hackshaw before his death described in deposition testimony how he would make gaskets out of this material by beating on it with a ball-peen hammer and cutting it. He described asbestos dust clouds coming from it.”

A notably powerful moment in the trial came when Weitz & Luxenberg called to the witness stand Crane’s designated corporate representative to prove the company knew since the 1930s that asbestos could cause death, said Kraft.

“And they didn’t once warn about the hazards, even though they knew about them decades before our clients were exposed to that asbestos.”

Rounding out the Weitz & Luxenberg team were several of the firm’s other excellent attorneys: Patti Burstyn, who deposed Hackshaw; Eric Jacobs, who deposed Sweberg; and Gennaro Savastano, who provided incisive legal research and analysis. Also aiding the team were numerous support personnel.