LAS VEGAS, Nev. — Centaur Art Galleries is pleased to present the art work of Andy Warhol, who passed away in 1987, and his former assistant, Steve Kaufman. The exhibition of the “Master” and his “student,” reunited at last and exhibited together, is Centaur Art Galleries’ most ambitious undertaking in more than 20 years. Event is July 4, 2009. 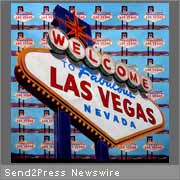 No celebrity endorsement claimed or implied. All trademarks and service marks are the property of the respective parties.