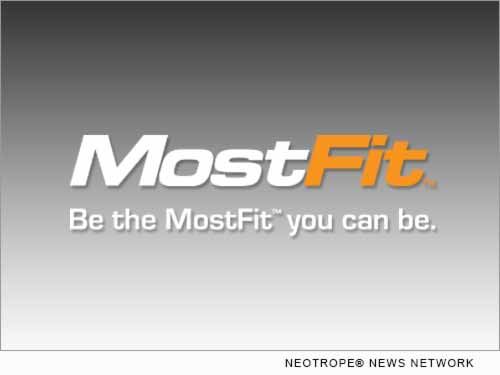 “We are thrilled about all the great things we are able to offer IDEA World attendees this year. With Tom Holland coming on board, and the launch of the new 12 lb Core Hammer, we have so much to offer,” says Andrew Gavigan, MostFit Founder and President. “Anyone who stops by the booth won’t be disappointed!”

Andrew, Tom, and other trainers will run ongoing, 15-minute hands-on demos in the booth, with a chance for participants to win a MostFit beanies or T’s. IDEA World attendees can also simply stop by the booth and sign up to receive the MostFit online Newsletter and automatically be entered to win a Portable Fitness Kit consisting of MostFit products, valued at over $75. Special conference discount pricing will be in effect for the entire conference, with an even deeper discount available during the Exhibit Hall Happy Hour from 5:30 – 6:30 p.m. on Friday, July 18, 2015.

Each year, over 12,000 personal trainers, group fitness instructors, mind-body professionals, owners and managers, and world renowned experts from every corner of the globe converge at the IDEA World Fitness Convention. This year the convention is being held in Los Angeles from July 15 through the 19th.

“This is the next exciting initiative among a host of strategic things MostFit is involved in this year,” said Tom. “I’m happy to be a part of it, and anxious for the opportunity to share this product line with professional trainers and instructors at IDEA World.”

Founded by trainer Andrew Gavigan in 2011, MostFit is focused on creating and sharing affordable, efficient and accessible fitness equipment that empowers individuals to get stronger and to workout anywhere, any time.

MostFit is dedicated to promoting fitness throughout the community, as a means to health and happiness. Their goal is to make fitness enjoyable, accessible and realistic – which is paramount to creating a healthy body image and ultimately, success. More information: http://most-fit.com/.

L.A. Brand Marketing Firm, I Think an Idea, is Helping Celebrities and Start-Ups Build Awareness for the Future Mar 30, 2020