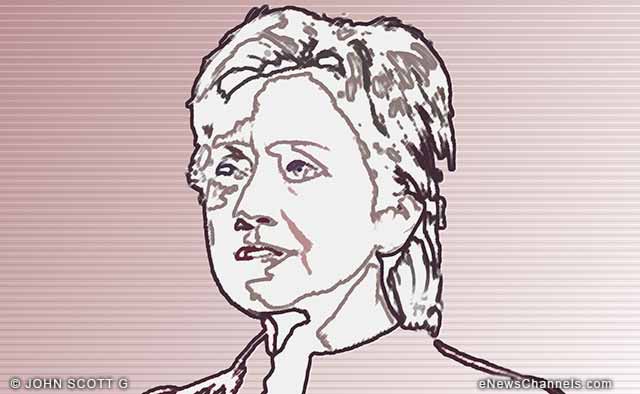 Hillary Clinton’s presidential candidacy has to overcome many obstacles. In addition to battling the right-wing nut-jobs in the Treason Party, there are also challenges from progressive people. And then, of course, there’s the matter of gender.

A centrist Democrat decides to run for President of the United States. No big surprise there.

Oh sure, the country doesn’t need a centrist as much as it needs someone from the left, but she is subtly adjusting her positions and —

Hold on a minute. She? What’s that supposed to mean? Is it even legal for a woman to run for the highest office in the land? The race for president always seems to be between two types of people:

(1) Males who are rich, white, Christian, and centrist.

(2) Males who are rich, white, Christian, and RWDB (right-wing douchebag).

Okay, okay, sure, there was that one black centrist guy. The guy who naively thought that Rethuglicans would join him in helping the country. But a woman for president? It may be theoretically possible but it’s not certain the country is prepared to accept such a radical move.

Accepting a female presidential candidate takes some rethinking. You’d have to embrace the idea of equality, for one thing. So right away you can forget about members of the GOP’s moron base crossing over with their votes. Republican men, all of whom are either greedwhores or mental defectives, are as misogynistic as they are bigoted. And Republican women have too much self-loathing to vote for a strong-minded female unless she’s as bat-crap crazy as they are themselves.

But let’s step back and assess this situation at the very root of it. A female presidential candidate. Has it happened before?

It was 1872 when Victoria Woodhull ran on the ticket of the Equal Rights Party, a mere forty-eight years before women got the right to vote. Talk about bucking the odds!

Belva Lockwood, an activist and attorney (and the first woman to argue a case before the Supreme Court) ran in 1884 and 1888 and then Woodhull ran again in 1892.

When Victoria and Belva launched their campaigns, the world was completely different. Back then, robber barons were financially raping ordinary citizens, women and minorities were second-class citizens at best, and legislatures were bought and controlled by plutocrats.

No, wait, that’s the situation today. Okay, the point is… Frack, what is the point? Well, perhaps the point is that it is finally time for a centrist female to become the leader of the free world.

What a great signal that would send to the backward nations of earth who never before elected women into leadership positions. Except, you know, for the more than seventy nations which have already had female heads of state.

Let’s look at the policies that would help America realize its place as the self-imposed greatest country in the world:

There’s a ton of work to be done!

Which candidates are in favor of moving the nation forward on these issues? On the right-wing nut-job side of our warped political perspective, the answer is None. (Yes, I recognize that RWNJs often claim that they are on the side of decency regarding some of these issues, but their actions tell a different and much sadder story.)

Candidates in the stupid party are against everything that would help the USA. The goals of RWNJs are: (1) helping corporations, (2) helping millionaires and billionaires, (3) helping the military-industrial complex, and (4) clamping down on the rights of women, minorities, students, the LGBT community, the elderly, the poor, and the ill. Which means any Democratic or Independent candidate would be better than any member of the American Taliban Party. 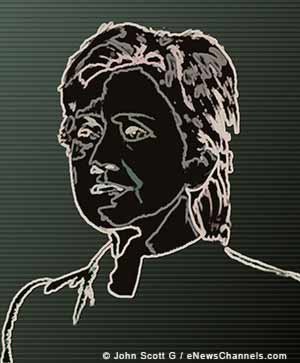 But the important question for people voting in Democratic primaries comes down to this: is Clinton as firmly committed to these things as Bernie Sanders?

Where is Hillary on the Trans-Pacific Partnership? Or the Koch Brothers’ Keystone XL pipeline? As Secretary of State she appeared to support both but after hearing the objections put forward by Warren, Sanders, and others, that may be changing. (Unlike rethuglicans, Democrats often respond to facts and are thus able to change their minds.)

Where is Hillary on reforming the tax code? Regular working people — even highly intelligent and stellar human beings like writers — have to pay at least thirty percent of their income to the IRS. But hedge fund managers get to pay only twenty percent since a loophole lets them pretend what they earn is “investment income,” which is oh-so-very-special and needs to be pampered and sheltered and protected for some reason no one can adequately explain.

Joel Bleifuss, writing in In These Times, gets at the heart of the difference between Hilary Clinton and Bernie Sanders: “She supports reforms within the narrow parameters of Washington liberalism. He seeks unapologetically progressive structural change.”

Still, even lukewarm backing of sane policies and positions is better than nothing. More importantly, tepid support is light years ahead of the positions taken by those open sores Bush, Walker, Cruz, Paul, Rubio, and the other clowns from the Greedy Obstructionist Prick party.

Plus, it is such great fun watching the shipload of fools at the Fox Fake News Channel go apoplectic whenever Hillary’s name is mentioned.

True, the nation needs a Progressive instead of a Centrist but there is no evidence that the country recognizes that fact. Yes, lots of us want Bernie Sanders to lead our nation to the glory it has so far avoided, but I just don’t think enough people recognize his worth. Which is why, with a deep sigh, a great many people are able to state that they are just about, kinda-sorta, almost: