BEIJING, China — On June 4, 2016, Fengtao Software released an official update to its multimedia software package of DVDFab product line, bringing for the first time two amazing new features to the current version 9.3.0.2. Among the two new features, one allows users to remove unwanted audio tracks while compressing a full disc Blu-ray down to BD 25 size, while the other one enables users to keep the original navigation menu or add custom menu while doing a custom Blu-ray backup. 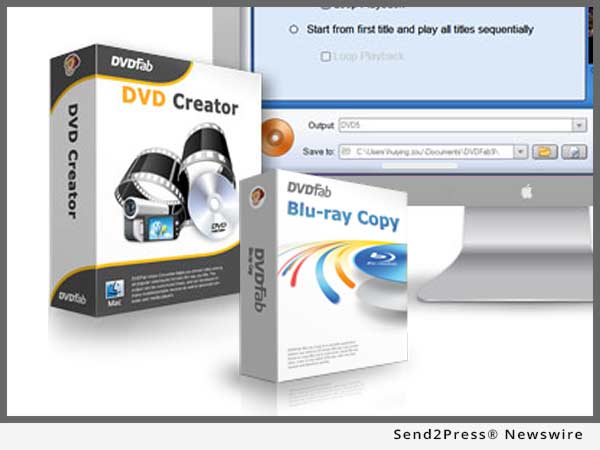 Traditional concept has it that if a video file is compressed, no matter what the compression rate is, it always results in a certain rate of quality loss in the compressed file. This used to be true, when there was short of technology to improve the compression process. But now, that perspective needs to be reviewed. Developers at Fengtao Software Inc. just announced that they have found a brand new way to maximize the video quality while doing a full disc compression with its Blu-ray copy software.

The solution lets users selectively remove the unnecessary audio tracks, like a DTS HD Master audio not in user’s native language, when trying to shrink down an entire Blu-ray disc to fit a BD25 size. By removing all those unwanted audio tracks, the nominal bit rate of the final video increased almost 50 percent compared to the parallel test which removes no audios at all, meaning the video quality nearly doubled.

Fengtao Software Inc. is the first and probably also the only software contender so far that offers a perfect customize solution for Blu-ray backup users to freely select any content from a Blu-ray disc to make backup. Now developers are making this unique experience even more superior, the just-released DVDFab 9.3.0.2 added another state-of-art technology to this brilliant Blu-ray copy tool which gives the users the option to preserve the native navigation menu from the genuine Blu-ray disc, or to add their own custom menus from the internal menu templates which users have previously seen in the DVD creator software, Blu-ray creating tool, and also the Blu-ray to DVD converter software. This could be another winning point over the competitors.

Customizable Blu-ray backup plus the menu navigation experience, definitely a killing feature that nobody wants to lose.

To get your hands on these top-notch solutions, just download DVDFab 9.3.0.2 officially at http://www.dvdfab.cn/download.htm.