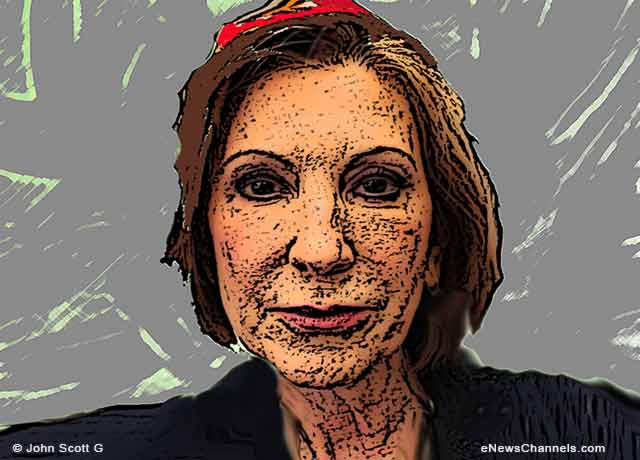 From Gracie Allen and Will Rogers to Harold Stassen and Ron Paul, the joke candidate for president is a fine tradition in the USA. Carrying the ritual forward are the many entries in the GOP’s 2016 clown car cavalcade. People may cringe at the likes of Jindal, Perry, and Carson, but comedians and comedy-writers are giving thanks.

The put-on presidential candidate has a long and generally hilarious history in this county. Let’s consider a few examples:

* Back in 1928, Will Rogers — humorist, social commentator, vaudeville performer, and movie actor — ran for president on the promise that if elected he would resign.

* In 1940, half of the comedy team of Burns & Allen launched a presidential bid as Gracie Allen proudly ran on the “Surprise Party” ticket. Stating that she would not tolerate vice in her administration, there was no vice presidential candidate. Here’s an example of the fun she had in press conferences: When asked if she would recognize Russia, she replied, “I don’t know. I meet so many people….”

* Libertarian wingnut Ron Paul — prejudiced papa of racist Rand — conducted campaigns over and over again, seemingly running even in years when there was no election being held.

* Comedians Pat Paulson, Stephen Colbert, and Roseanne Barr have all conducted presidential campaigns and thus enjoyed many opportunities to skewer the pretension of the major party candidates.

This year, the American branch of the Taliban — sometimes known as the GOP — is not content to offer up the detritus of their so-called serious candidates. The Republicans also insist on including an extra batch of bozos for an unwary populace to sort out.

Now attempting to hog the microphone and bask in the spotlight you will find a scabby gaggle of fools, tools, and pranksters. Ladies and germs, meet Bobby, John, Chris, Ben, Rick, Lindsey, other John, Donald, and Carly!

Before you derisively dismiss each of them as nothing more than a joke-writer’s dream, keep in mind that the same could be said of any RWNJDB (rightwing nutjob douchebag) candidate.

This space has already offered columns on the most offensive of the GOP troglodytes — BushWack, Dread Cruz, Sick Santorum, Rancid Rand, and Mike Huckster. So why devote time and energy to additional Rethuglican twits?

Well, there are serious aspects to having these Quislings yammering in front of cretinous crowds and taking up valuable time in debates staged by the USA Sharia Party. The main one being: WHAT IF ONE OF THESE SCUMBAGS WINS?!? Therefore, let’s at least have some fun as we sum up their particular type of crazy.

It was my intention to list them in order of odiousness. But wow, how does one assess the stench of their perfidy? So, they appear here the way computers alphabetize things — by first name.

– This disgusting piece of human offal is the moral equivalent of a toxic rectal probe. Since the beginning of human oppression there have always been people who are willing to betray their downtrodden brothers in order to gain favor with those in power. 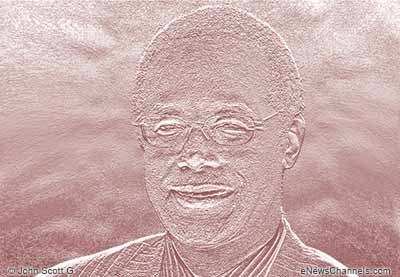 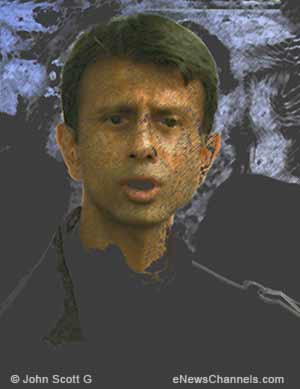 – A living, breathing, bleeding human hemorrhoid, Bobby Jindal is demonstrably unfit as a serious candidate for oh-so-many reasons. First, anyone who is hailed as “The next Ronald Reagan” by professional pustule Rush Limbaugh is obviously rubbish.
The only possible reply to that comment is: “Thanks to Rush for noticing that Jindal shares three things with Ronald Reagan: he’s a stooge for the military-industrial complex, he has the morality of a piece of cellophane, and he’s succumbing to Alzheimer’s.” Second, this country is not likely to elect someone who performs private exorcisms (although the narrator of “Area Code 666” thinks this is just fine ‘n’ dandy).

– This used-and-discarded condom once nearly destroyed Hewlett-Packard. And because she took a great deal of undeserved money from her failed stint as head of that firm, Republican greedwhores consider her a “success in business.” She parlayed that misconception into a run for Senate in California, during which her behavior on the campaign trail set back the cause of female equality by several decades.

– Here is a cancerous lump masquerading as a human being. Let’s not waste too much time on the scandal that erupted from his aides blockading traffic for a week in some sort of weird retribution scheme. 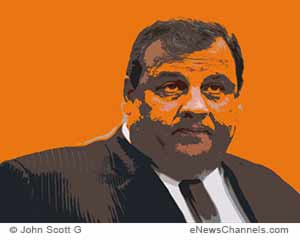 The main point is his governorship has been financially woeful. New Jersey’s general obligation bonds have been downgraded by Moody’s, S&P, and Fitch — the three major ratings agencies of Wall Street — and under the shark-eyed gaze of Governor Loudmouth, this financial demotion happened not once, not twice, not thrice, but nine times so far. Plus, Governor Roadblock has allowed state pension plans to pay $600 million a year in fees to Wall Street investment firms. In addition, Governor Wideload’s willingness to settle a successful multi-billion dollar suit against Exxon for three percent of the sought-after amount further demonstrates that Christie is unfit for any prominent position other than Goodyear Blimp.

John Bolton – The man is an infected boil.

– On the plus side, he favors education standards. On the minus side, he’s a member of a party that favors plutocracy, theocracy, racism, and Fascism. Kasich called on a deity to share the blame for his candidacy. As he moronically put it, “Number two, the most important thing is, what does the lord want me to do with my life?” The lord I recognize wants republicans to die, so perhaps Kasich could take a hint.

– One of many closeted queens in the Republican Party, this flower of the South is a weed among men. On guns, the nasal-voiced senator from the Old Confederacy feels that high-capacity magazines are needed to protect families because without them, mothers responding to home intruders might run out of bullets. I know! Idiocy isn’t even the half of it.

Witness the following Graham crackerisms followed by the only possible replies a sentient being could make:

“At the end of the day, Mitt Romney and Ann Romney are two fine people.” (Tell that to their dog.)

Finally, like lots of conservatards, the lovely Lindsey is fond of saying halfway reasonable things — like wanting to wean the country off of fossil fuels — but then is equally fond of refusing to vote for any legislation that would do anything to deal with the problems. 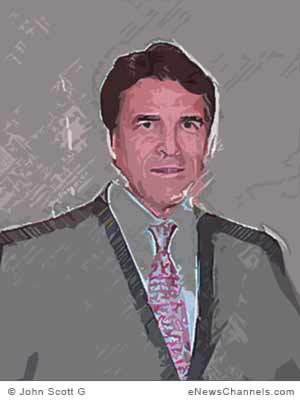 – Imagine you’re about to go skydiving and you’re handed a parachute by Rick Perry, who tells you, “Packed it myself so you’ll have smooth sailing, partner.” Even wingnuts who say they support this idiot wouldn’t use that chute. (Just for fun, Google the phrase “Rick Perry oops.”)

One Final Note on the Conservative Mantra: As always happens among conservatives, their candidates are battling over who should get to use the movement’s rallying cry:

“Stupidity in the defiling of liberty is no vice; moderation in the pursuit of bigotry is no virtue.”