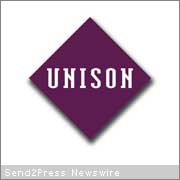 Over 20 Unison demonstration programs run out of the box on Stellaris evaluation and development kits in just 10 minutes. Using the EKC-LM3S6965, EKC-LM3S3748 and the new EKC-LM3S9B90, EKC-LM3S9B92, and DK-LM3S9B96 with Unison, you can get instant results.

“Unison is intended for use in OEM environments where time to market and multiple products using the same software platform are a requirement,” said Kim Rowe, President of RoweBots Inc. “Users benefit substantially from the Stellaris family’s 32-bit ARM Cortex-M3 core, and these chips are integrated seamlessly with Unison to support lean development.”