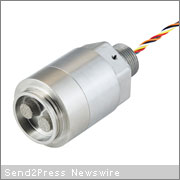 The NTMOS gas sensor can be installed as a stand-alone sensor or combined with a display for local indication.

“We look forward to partnering with customers to reduce the occurrences of hydrogen-sulfide injuries and deaths,” said Cliff Anderson, Marketing Director at Det-Tronics. “Our new detector alerts people to the presence of hydrogen sulfide in less than half the time of other detectors. And the onboard humidity and temperature sensors ensure accurate and repeatable readings.”

Det-Tronics is part of UTC Fire & Security, which provides fire safety and security solutions to more than one million customers around the world. Headquartered in Connecticut, UTC Fire & Security is a business unit of United Technologies Corp., which provides high technology products and services to the building and aerospace industries worldwide. More information can be found at http://www.utcfireandsecurity.com.