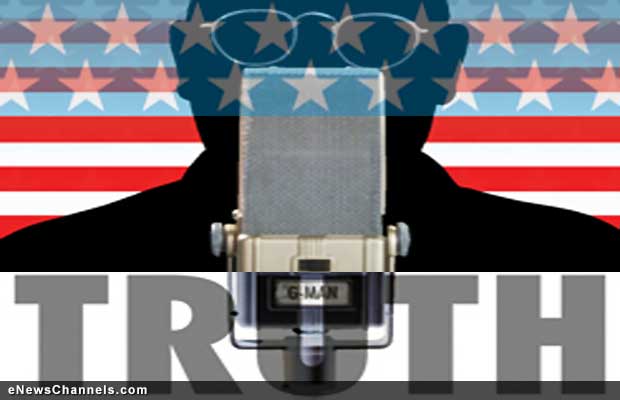 OPINION: The seven core positions of conservatives pose a very real threat to democracy in the United States. You have undoubtedly noticed some of their more onerous activities, but it might be instructive to examine their seven subversive doctrines all at once. Hold your nose and let’s start wading through the muck of the Seven Pillars of Perfidy.

Fear of “The Other”
First, conservatives propagate xenophobia, which is easily seen in their anti-immigration policies, their incessant calls for military intervention, and their unremitting demonizing of cultures and peoples they brand as “the other,” whether it be a birther meme or silly and needless legislation banning what they call Sharia Law.

Second, conservatives are homophobic, which is obvious from their hysterical posturing about how marriage equality will somehow have a deleterious affect on heterosexual marriage. This is absurd on its merits but even more puzzling since traditional marriage is hardly held sacred by any group in America. Plus, just look at the multiplicity of nuptial couplings by such conservative icons as Gingrich, Limbaugh, Giuliani, etc.

Third, conservatives practice misogyny, which need hardly be mentioned in the face of republican opposition to fair pay laws and their ongoing attempts to strip healthcare services from women in state after state.

Fourth, there is racism, which is the second-most disgusting practice of republicanism. They often attempt to counteract this charge by funneling grant money and speaking engagements to the Uncle Toms they regularly foist onto the talk shows. But the list of GOP-sponsored anti-minority laws, rules, regulations, and practices would fill a book in fairly small type. Truly, the GOP is the sorriest collection of people ever gathered under one sheet and no amount of sell-out black lackeys in expensive suits will change this.

Money is the Root of all Politics

Fifth, conservatives promote plutocracy, which in their view means government by and for the wealthy. This sin certainly affects both major parties but it is wholeheartedly embraced by the GOP. Entire sets of laws and processes have been put forth by republicans to improve the condition of “the haves” at the expense of the middle class, students, veterans, the ill, the elderly, and the poor.

There are nearly countless examples to cite, all the way up to the five-man corporatist majority on the Supreme Court that has capriciously and disgracefully advanced the cause of big money interests with their horrifying Citizens United decision. Jim Hightower, writing about this whole sorry situation, referred to it as “thuggish power they bestowed on the moneyed few.” In some foreign nations, when such a thing took place, heads rolled.

Cultism and Demagoguery
Sixth, conservatives wrap themselves in theocracy. As we have seen, the GOP is a veritable stew of absurdity involving stridently pro-Christian tirades, end times doomsayers, dominionism, Christian nationalism, and on and on.

Finally, seven, we come to the GOP embrace of neo-Fascism, by far the most loathsome of their practices. Even if you set aside the definition of Fascism (“extreme right-wing, authoritarian, or intolerant views and practices” — which obviously fits republicans like a soiled glove) there is the basic socio-political-industrial aspect of Fascism, namely the conflation of commerce and government.

Here, the only difference between Mussolini’s Italy and the proposed GOP dystopia is that Il Duce’s government was in control of industry whereas in the republicans’ neo-Fascism, they want industry to control government. The GOP seeks a world with corporations gone wild and the government reduced to acting as a police force to keep the people in line. And in this they are enjoying a frightening amount of success, all to the detriment of the citizens of the United States.

Remember, too, that one reason they can act in such an abhorrent manner is because of their moron base. There is an entire class of people who are afflicted with republican derangement syndrome. Poor and middle-class republicans consistently vote for the most authoritarian-sounding candidate, even if he or she makes no sense. Liberals and progressives are nuanced, which for some strange reason is seen by morons as a weakness rather than a virtue.

In my own family, there have been no republicans, thankfully. But with two of them, as they aged and their minds began to be affected by dementia, some republican views began to appear, shocking those of us who knew these people to have been fundamentally decent individuals all their lives. This distressing change, I am told, is common in patients succumbing to Alzheimer’s, which raises an intriguing question: is republicanism simply a symptom of early onset Alzheimer’s disease?

This is something to consider when dealing with any conservative — be sure to speak firmly but nicely, as you would to any mentally challenged person.

Ed-Moes
GOP audiences will follow anyone who acts as if they know everything. GOP odiousness is often put forth by a class of political leader I like to call the Ed-Mo, or educated moron. These are people who have received educational instruction far beyond their ability to comprehend anything.

You’ve all seen Ed-Moes on the talk shows. These are people with advanced degrees who know how to string sentences together using Frank Luntz-approved and cretin-tested phrases, but whose intellectual acumen is on the level of a leaky diaper.

The Koch brothers have funded dozens of fake think tanks like the Cato Institute that regularly distribute empty suits to spew out filth and bile on political panel programs. Sometimes these creatures make it to higher office. Current infamous Ed-Moes include Ted Cruz, Paul Ryan, Eric Cantor, Chris Christie, Rand Paul, Marco Rubio, Scott Walker, Jim DeMint, and Doofus J. Splutterturd. (Note: I made up a few of those. At least I think several of those names must not represent real people. There is no such thing as a “Rand Paul,” right? Oh well, that’s what the comments section is for.)

What is quite odd about this situation is that the conservative anti-American agenda is perfectly evident to anyone who cares to examine republican and teabagger bills, campaigning, and voting patterns. Unfortunately, the media chooses to ignore most of this. And what is worse, the American people often seem oblivious to it. This cannot be allowed to continue.

American citizens need to step up and act in accordance with the principles of our nation. Discuss the GOP’ seven pillars of perfidy. Attempt to educate any republicans you know. Do not let republican aggression go unanswered, unchecked, or unchallenged. And in your own life, do not enable an Ed-Mo.

New American Revolution
It is time for a movement towards justice and truth. What must occur is a new American Revolution, a revolution at the ballot box. As former Representative Barney Frank and activist-author Andrew Sullivan have both noted on separate occasions, the electorate must punish the GOP in upcoming elections. The GOP can best be punished by voting out the crazies, the demagogues, the know-nothings, the obstructionists, and the Ed-Moes. This must take place for the security of our American values. This must take place for the continuation of the American spirit of fair play and total equality.

Only by battling the GOP’s horrifying seven deadly sins can our nation move forward with decency and morality. If good people fail to fight the conservative hordes, the land will be in danger of succumbing to what is nothing more or less than a large brood of vipers.