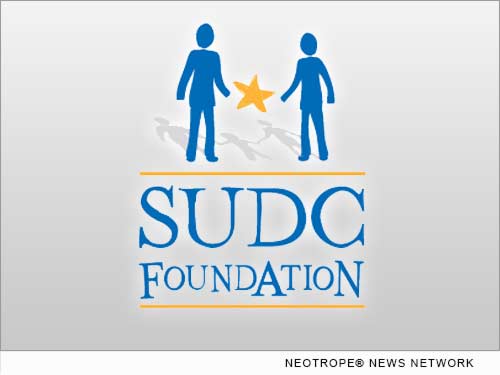 WASHINGTON, D.C. /eNewsChannels/ — NEWS: According to the SUDC Foundation, every year approximately 30,000 families in the U.S. are affected by Stillbirth, Sudden Unexpected Infant Death or Sudden Unexplained Death in Childhood (SUDC). SUDC is defined as the sudden death of a child greater than 1 year of age that remains unexplained after a thorough case investigation, including performance of a complete autopsy, examination of the death scene, and review of the child’s medical history (Krous 2005).

The Sudden Unexpected Death Data Enhancement and Awareness Act (S.2746/H.R.669) would amend the Public Health Service Act to help enhance awareness about unexpected sudden death in early life. The legislation would provide for consistent data collection related to stillbirths and sudden, unexpected deaths in both infants and children. By better understanding the causes of unexpected sudden death, we can do more to improve the health of all infants and children.

“I am so grateful to the U.S. Senate for standing up for our littlest voices-our children,” said Laura Crandall, President and Cofounder of the SUDC Foundation. “In our country today, the data we collect when an infant or child dies is not consistent from state to state, so our national data is always comparing apples to oranges. With a 15 year plateau in sudden infant deaths rates, we need to fix this. This legislation will get the states all on the same page with best practices and enhance the information available to individual families. It will also provide our public health officials and researchers consistent data to learn from and decrease these tragedies from happening. For children like my daughter, Maria, who died as a toddler (Sudden Unexplained Death in Childhood) there is virtually no data collection or surveillance – yet it is the 5th leading cause of death in our country for toddlers. This bill is an important start to positive change.”

Andy Sipes, SUDC Parent and father of Penny Sipes who passed away at the age of 19 months, says “This legislation was introduced in Congress on the same day that my daughter Penny passed away. We honor Penny’s memory by supporting this bill which will help other families to not have to weather the storm of losing a child, and that means everything to my family.”

S2746 was introduced in July 2014 by Senator Brown (D-OH) and Senator Ayotte (R-NH). Upon passing the House in September, the Senate has taken efforts to evaluate and act on the bill through the HELP committee process under the leadership of Senator Harkin (D-IA) and Senator Alexander (R-TN). The bill was passed by a unanimous vote by the Senate on Thursday, November 20, 2014.

“This is a great day for families touched by the tragedy of Stillbirth, SUID, and SUDC!” declares Lorri Caffrey, SUDC Foundation Assistant Executive Director, whose daughter Jenna passed away at the age of 16 months. “No family should endure the pain of losing a child, and not knowing why only adds to that grief. This bill will help us move toward finding answers so that we can someday learn to prevent these tragedies from occurring.”

SUDC Parent, Steve Myers, whose son Jacob passed away at the age of 2, describes meeting with his Senator’s office locally and in Washington, D.C. as, “A very emotional but rewarding experience. Telling Jacob’s story and reliving the worst days of my life was difficult and exhausting, but the compassion that I felt from the Senators and their staff, as well as their willingness to listen, made it all worthwhile.”

This bill now returns to the U.S. House of Representatives to vote on the Senate-modified version of H.R. 669. It must be passed during this lame duck session in order for the President to sign it and become law.