iReparo for Android announces that it is offering worldwide Android users an opportunity to win free licenses of its Android data recovery software, which is worth $49.95 for one personal license. This tool can retrieve various kinds of data from Android phone and tablet. During this one-month contest, 5 lucky winners will be picked out every day.

eNewsChannels NEWS: SHENZHEN, China — iReparo for Android announces that it is offering worldwide Android users an opportunity to win free licenses of its Android data recovery software, which is worth $49.95 for one personal license. This tool can retrieve various kinds of data from Android phone and tablet. During this one-month contest, 5 lucky winners will be picked out every day. 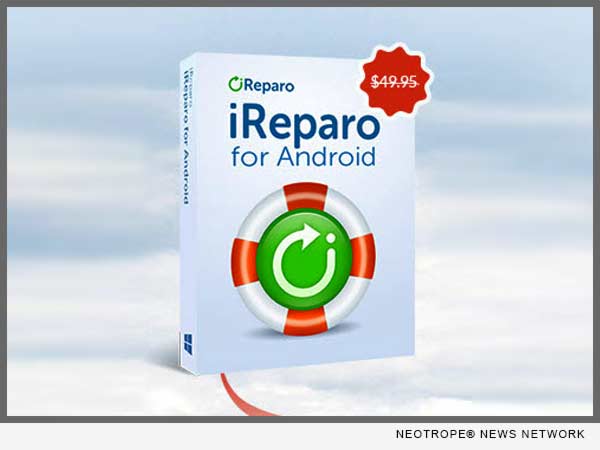 Originally released in this July, and newly updated with more features and better user experience, iReparo for Android is currently one of the best Android data recovery tools. It supports the widest recovery range, including contacts, messages, call logs, photos, audio, videos as well as documents, WhatsApp and Viber, the latter three of which are rare in similar software. In order to help users to find out the most wanted data and files accurately and quickly, it provides useful filter options for multimedia data. According to user feedbacks, this program has a high recovering rate for most mobile devices. Furthermore, iReparo for Android makes it free to preview the lost data before recovery to ensure that users will get what they want.

“In order to share the joy of recovery to more people, from November 24 to December 24, iReparo for Android is going to host a contest of Winning Free Licenses Every Day, which is available for global users,” said Ms. Bella, the product manager of iReparo for Android. “The awards are 5 free lifetime licenses every day, each of which is worth $49.95. Every person has a chance to win one of the five licenses every day by the rule.”

Step 3. Wait for the winner announcement by the end of every day (about 12 p.m., Eastern Time). Licenses will be sent to winners by e-mail.

Other notices:
1. The daily winners will be displayed on the Lucky Winners List of the contest page as well as the official Facebook page of iReparo ( https://www.facebook.com/ireparosoft/ ).
2. If users find their email addresses in the winner list but have never received the license email, please check the Spam or Trash box, or directly send an email to support@androidrecovery.com.
3. Users can repeat the task next day if not selected.

Wowzer dating app for dog lovers is available now on the iOS App Store, Android in 2020, with Seattle as launch city Oct 31, 2019