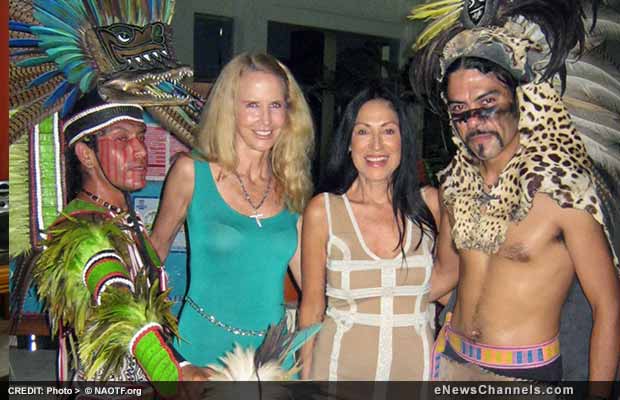 OPINION: After Mexico became No. 1 in obesity and diabetes in June, their new President Pena Nieto surprisingly recommended as a solution the no-carb herbal sweetener stevia discovered by the South American tribes. And while soda lovers criticized Mayor Bloomberg’s campaign to reduce the size of sodas, most fit Americans and Mexicans cheered on their bold interventions.

While Mayor Bloomberg couldn’t legislate how we eat and drink, his unprecedented stand, like President Pena Nieto’s, raised awareness that they really care about the health of their people, and that soda addiction has gotten out of hand, particularly in the poorer neighborhoods where fresh produce is hard to come by.

The debate also spotlighted the Mayor’s sane recommendation to limit the number of sodas for those on food stamps, with incentives to buy organic foods from farmers markets. This would help North Americans choose a lean, clean life of their dreams over costly insulin injections, amputations and bankrupting our healthcare systems.

The Big Apple adopting the bike share, like LA’s Latino Mayor Villaragosa, was a further sign of Bloomberg’s sincerity in wanting to restore the blue skies and streamlined bodies of New Yorkers. Hopefully, enlightened Manhattenites, like the trendy chefs and restaurants now serving organic foods from local farmers, the PTA’s, the mass yoga gathering in Times Square to celebrate Mother Earth on Her April 21 Summer Solstice, and conscious people everywhere will carry on this awareness campaign – that there are now yummy alternatives to sugary soda addiction.

Having been for 25 years a Manhattanite, who loved rollerblading across Central Park to work, I hail Rachael and her show for clueing us in that the average American has been consuming about 168 grams of sugar a day -kids and Mexicans a little more. And while many know that the regular size soda has 40 grams of sugar, so supersize is over 80, few knew that the recommended healthy limit per day is 15 grams! That’s “massive daily overdosing!’

“STEVIA IS THE HOLY GRAIL OF SWEETENERS” – Good Morning America

Led by healthfood stores, top health spas, the Ritz Carltons, bottlers, Starbucks US and Mexico, and Bonefant in Mexico, companies everyday are offering new great tasting stevia products and beverages to provide healthy choices for people to reduce their sugar grams that add up fast since most processed foods have hidden sugars.

China and Japan who grow and use the most stevia since the 70’s have the lowest diabetes. They likely inspired Mexico’s new young fit President Pena Nieto to recommended stevia as a solution to turn around “a collapse in Mexico’s healthcare system by 2030.”

I learned about diabetes having a grandfather who was an obese diabetic, and through inspiring ski areas for the last 17 years to share the joy of skiing with tribal youth to reduce their highest diabetes and obesity rate in the U.S. Because the Indigenous, Asians and Mexicans have lived off the land until recently, they have less enzymes to process sugar. Learning 10 years ago about stevia, and coincidentally, my Olympic mom Stevia gave me my middle name, I naturally helped raise awareness about this blessed solution. Added to many tribes growing organic gardens now, progress is happening. (NAOTF.org) Since it takes a nation of villages to heal themselves, I hope some of this latest startling info will help you win your awareness campaigns:

An Oxford University study found that diabetes is projected to be the No. 1 healthcare challenge pulling down economies worldwide. So hail to Mayor Bloomberg and President Pena Nieto for raising awareness about reducing sugary soda carbs or using stevia sweeteners and sodas as solutions to diabetes and obesity. Added to First Lady Michelle’s inspiring organic White House gardens, they are together dreaming up a new Dawn of North American healthcare.

They are also stimulating economic development by inspiring Wall Streeters to invest in these kinds of exploding natural solutions to restore the vibrant health and brainpower of their children so they have the tools to quickly brilliantly solve the environmental challenges we are leaving them. Clarity helped Mayor Bloomberg recognize that Climate Change is our biggest challenge even before Frankenstorm Sandy.

Mother Earth is the real Superpower who compassionately provides natural solutions for all our challenges, like stevia, if we open our eyes. More info on NAOTF.org

Hope this research fortifies your campaigns to help your families, Nations and communities, like Manhattan Island, happily Rise!

Article is Copr. © 2013 by Suzy Chaffee and originally published on eNewsChannels.com – all commercial and reprint rights reserved. Contact: suzynativevoices, naotf.org. Opinions are those of the author and may not reflect the opinion or policy of this site or its publisher. Content has not been edited beyond simple typo checks in order to retain the author’s unique voice. READ MORE from Suzy at: https://enewschannels.com/author/suzy/ .

Call for indie bands in Texas to participate in 2018 Battle of the Bands hosted by Hub Streat Plano and Texas Select Radio Sep 13, 2018