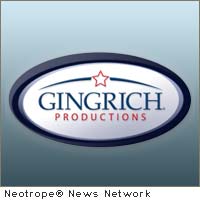 WASHINGTON, D.C. /eNewsChannels/ — “Nine Days that Changed the World,” hosted by Newt and Callista Gingrich, and produced by Citizens United Productions in association with Gingrich Productions and Peace River Company, will be screened at World Youth Day in Madrid, Spain on August 17, 2011.

“Nine Days that Changed the World” tells the story of Pope John Paul II’s historic nine-day pilgrimage to Poland in June of 1979, which created a revolution of conscience that transformed Poland and fundamentally reshaped the spiritual and political landscape of the 20th Century.

Newt and Callista Gingrich, along with a Polish, American, and Italian cast, explore the momentous events that moved the Polish people to renew their hearts, reclaim their courage, and free themselves from the shackles of Communism.

Established by Pope John Paul II in 1985, World Youth Day is a week long Catholic gathering of youth and young adults held every 3 years in cities around the globe. Between August 16 – 21, over 1 million people will participate in WYD events, culminating in a Mass led by the Holy Father, Pope Benedict XVI.

“‘Nine Days that Changed the World’ conveys Blessed John Paul II’s universal message of freedom through faith,” said Callista Gingrich, President of Gingrich Productions. “It is an honor to share our film with those attending this year’s World Youth Day.”

For more information on the documentary film: www.gingrichproductions.com .