Chapter 16 – Behind the Screen. 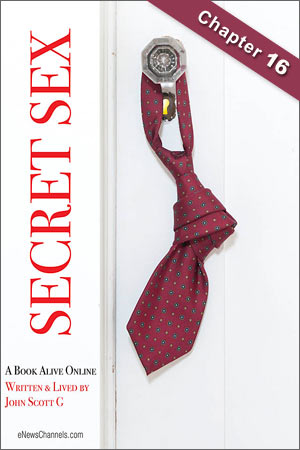 Quite frankly, there shouldn’t have been any grumbling from the students. In every other modern nation in the world, students were busting their humps to get better at math and science while here in the US, we were reading “Ethan Frome” and “A Tale of Two Cities.” And complaining bitterly about it.

We should have been happy about avoiding calculus and thermodynamics but instead we were often talking about staging sit-ins or conducting a violent overthrow of the campus. Well, there probably were some who preached violet overthrow; the others were preaching violent overthrow. But you get my point.

All of the fussing and whining were because of our being asked to read a few chapters each night. That was easy! Well, easy for those of us who knew how to read. To be fair, there were a few objectionable things about some of the reading list. Consider what was learned from plowing through those two novels. 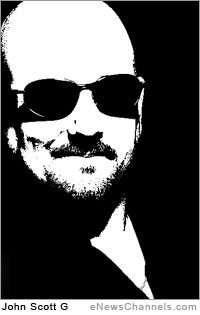 Reading “Ethan Frome” proves just how depressing adequate writing can be. And reading Dickens demonstrates how creative, brilliant, facile, vivid, intense, dazzling, exciting, wondrous, amazing, fascinating, compelling, outstanding, and just plain swell a writer can be when he’s getting paid by the word.

But our generation kept falling further and further behind the rest of the civilized world and Canada because we were virtually swimming in art, music, and literature. I’m sure this had something to do with grant funding but I know that everybody on the Board of Education was very big on kultchah.

I mean culture. It was pursued with a passion at Binkley Academy. Not a passion for excellence. Or a passion for perfection. Or even a passion for passion, come to think of it. But the School Board had issued a mandate for culture, which is why we found ourselves at a lunchtime assembly during which sports movies were shown in the auditorium.

Wait, what? Sports movies? Well, it makes as much sense as all the other decisions of the School Board. And there actually was some justification for the sports flicks: it was all because of the President’s Council on Physical Fitness and Sports, of course. The PCOPFAS promoted daily physical activity and sports participation, including the values of sportsmanship. None of which was helped by showing films of other people engaging in sports. But hey, a free movie is a free movie.

In this case, they were showing stock car footage from some of the lesser-known auto races from around the country, with some destruction derby car crash action thrown in for good measure. You may believe that footage of slack-jawed yokels crashing cars into each other was of dubious educational value. And you’d be right. But for us it was good fun.

Fun? We loved it! When we were sitting in the auditorium, it meant we weren’t in class. Which meant that we found all the movies they showed very entertaining. The only problem was that you couldn’t make out much. We could see the screen just fine, but we couldn’t make out. Because, you see, we were being watched. Teachers and rat-fink hall monitors continuously stalked up and down the aisles.

But up on the stage, behind the screen, that was a different story. I had invited Billy’s sister, the older one, to join me back there. The screen was translucent so we could see everything. All the car races and crashes. The image was not as bright and sparkling as on the front side of the screen, but on the other hand, we were much closer to it than most of the students in the auditorium.

Whenever there were titles on the screen, they were backwards for the two of us. So when a title appeared that said “Ten Car Pile-Up at Shadow Park Raceway,” we saw it as “yawecaR kraP wodahS ta pU-eliP raC neT” and we tried to pronounce it that way.

I’ll wait while you try pronouncing it. . .

There, see — don’t you find that kultchah is a lot of fun? I sure do!

Behind the screen, the two of us were sprawled on the couch that was part of the set for the drama club production of scenes from Noel Coward’s “Private Lives.”

“The flag is up!” the narrator half-yelled. “And they’re off to a clean start!”

She stood up and moved between me and the screen. “Enjoying the view?”

“Well, some of the screen is obscured, but there is this incredible, fantastic, and beautiful silhouette.”

“Watch closely at the passing on the inside!”

“I want to talk to you about something,” she said. She began undulating.

“Keep moving like that and I’ll listen to you for hours,” I told her.

“Whoa! What a spectacular crash!”

“It’s all right,” she said. “But I heard that you guys haven’t, you know, done anything.”

“That’s not true. We’ve gone to the movies together.”

“And there’s a close call, followed by a four car fender-bender!”

“Do you feel anything for her?”

“Well, but don’t you want to feel what love is?”

She stepped forward, spread her legs and sat down on me.

“And now the action is really starting to heat up!”

“Absolutely.” Unlike in the classroom, there were some situations in which I could be very obedient.

“Okay. . . ” Normally, I didn’t enjoy rigid sets of instruction but in this case I was willing to make an exception.

“Touch me,” she whispered in my ear.

I whispered back, “With pleasure.”

“Just imagine your hands on the controls of that machine! How many of you think you’d be up to handling the speed and the power?!”

“Unzip your pants,” she told me.

“Touch me all over.”

“The exploits of these speed demons has the audience in a tizzy!”

“Isn’t this a great afternoon of rip-roaring fun, ladies and gentlemen, boys and girls?!”

“Yes, racing fans, this is the real thing! The kind of total excitement you always get at Shadow Park Raceway and at all the Snorgelson Brothers Raceway Centers!”

“And now here’s the Destruction Derby for the most explosive finish you’ve ever imagined!”

“My oh my, ladies and gentlemen, boys and girls, it’ll be a long time before you experience anything like that again!”

Well, speak for yourself about how long a time it would be. After all, I was dating Catherine and we often went to the movies.

All right, this chapter is pretty much over. But because I think it’s one of the really cool sentences in all of English literature, here is the opening to “A Tale of Two Cities” —

And while we’re on the subject, consider these nifty opening lines:

We were somewhere around Barstow on the edge of the desert when the drugs began to take hold. (From “Fear and Loathing in Las Vegas” by Hunter S. Thompson)

It was a bright cold day in April, and the clocks were striking thirteen. (From “1984” by George Orwell)

The sky above the port was the color of television, tuned to a dead channel. (From “Neuromancer” by William Gibson)

Many years later, as he faced the firing squad, Colonel Aureliano Buendía was to remember that distant afternoon when his father took him to discover ice. (From “One Hundred Years of Solitude” by Gabriel Garcia Marquez, translated by Gregory Rabassa)

If you really want to hear about it, the first thing you’ll probably want to know is where I was born, and what my lousy childhood was like, and how my parents were occupied and all before they had me, and all that David Copperfield kind of crap, but I don’t feel like going into it, if you want to know the truth. (From “The Catcher in the Rye” by J. D. Salinger)

Lolita, light of my life, fire of my loins. (From “Lolita” by Vladimir Nabokov)

There. And you were afraid that “Secret Sex” was not going to be educational.

Getting the Right Fit on a Screen Spline: DAPA Products Shares Tips for Contractors and DIY Oct 10, 2019