TeamSnap, whose online and mobile apps take sports organization and communication into the 21st century, today announced that Outside Magazine has named the company No. 6 on its 100 Best Places to Work 2016 list. Outside chose TeamSnap for this list because of the company’s progressive values, like flexible work hours, a remote workforce, and the ability to work anywhere in the world.

eNewsChannels NEWS: BOULDER, Colo. — TeamSnap, whose online and mobile apps take sports organization and communication into the 21st century, today announced that Outside Magazine has named the company No. 6 on its 100 Best Places to Work 2016 list. Each year, Outside honors the Top 100 companies in America that raise the standards for work-life balance, company culture and employee benefits. 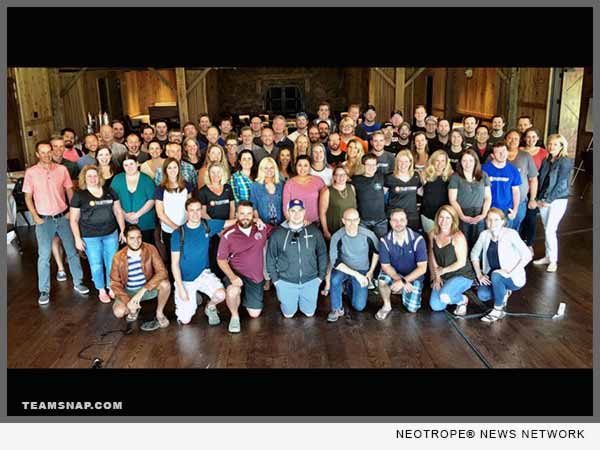 This is the second consecutive year TeamSnap has been recognized by Outside; in 2015, TeamSnap was ranked No. 16 on the prestigious list.

“We’re honored to be recognized for the second year by Outside Magazine,” said TeamSnap Co-Founder and CEO Dave DuPont. “This designation is a testament to the employees at TeamSnap. They are cooperative, supportive and understanding, and as a result, we see low turnover, joyful employees and an exemplary culture of teamwork.”

Outside Magazine chose TeamSnap for this list because of the company’s progressive values, like flexible work hours, a remote workforce, the ability to work anywhere in the world, the offer of unlimited vacation time and the mission of judging employees on goals met rather than hours put in.

“Our team truly demonstrates the ultimate in work-life balance. Some team members take extended vacations around the world, working while exploring. Others simply make time between meetings to go for a bike ride or run. Close to 10 percent of our employees work from RVs while exploring the country,” said TeamSnap Co-Founder, Chief Creative Officer and Minister of Culture Andrew Berkowitz. “Our employees embody the Outside lifestyle, and our policies – or lack thereof – serve to further our hobbies, passions and outdoor pursuits.”

TeamSnap also offers employee perks like a wellness allowance to encourage a healthy lifestyle and an education allowance employees use to fortify career skills. Twice a year TeamSnap brings every employee together from all over the country-and even Croatia-to solve problems, connect in person, build team skills and give ample high fives.

Founded in 2009 and headquartered in Boulder, Colo., TeamSnap has taken the organization of youth, recreational and competitive sports into the 21st century. Twelve million coaches, administrators, players and parents use TeamSnap’s web and smartphone apps to sign up, schedule, communicate and coordinate everything for the team, the club and the season. TeamSnap makes organizing sports as simple as click, tap and go.

* Photo caption: TeamSnap gets its whole remote workforce together twice a year to brainstorm, socialize and problem-solve. Here, the team is pictured at the August 2016 meeting in Colorado.

Promontory MortgagePath Named one of the Best Places to Work in Financial Technology in 2021 Apr 1, 2021

SimpleNexus has been recognized as a 2020 Best Company to Work For by Utah Business magazine Dec 1, 2020