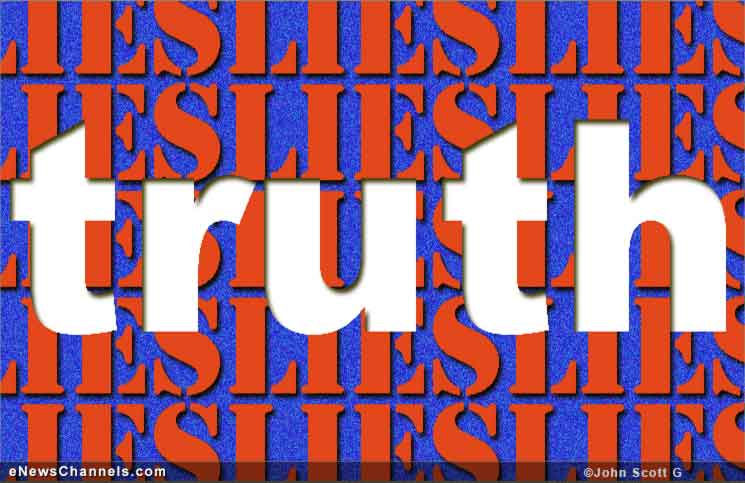 Every day from now until the GOP’s anti-American political convention in the summer of 2016 there will be horrifying speeches delivered by egomaniacs who are hoping to be anointed as the leading rightwing nutjob. What if their bloviating contained statements of truth instead of the standard conservative lies?

“My fellow Americans, I come before you today as a representative of the party of strength — strong and vital corporations, strong policies that punish people who don’t earn enough to pay income tax, and strong moral positions that demonstrate we are unafraid to trample on other people’s rights to preserve the purity of the white race.

“Some people denigrate the GOP as ‘the party of no,’ and ‘the party of know-nothing,’ and ‘the party of stupid.’ But my fellow Americans, these are good things! We are proud to be the roadblock to progressive policies, we feel fulfilled by avoiding all inconvenient facts, and we are pleased to embrace home schooling to avoid having our impressionable children intermingle with undesirables who are not white and not Christian. In short, we conservatives are people who truly care deeply about an amazing array of shallow things.

“We are the party of private-sector economic growth at the expense of the public good. This saves money now at great expense in that nether-time called the future. Our policies put more money in the pockets of those who have deep pockets, the very people who pay the most in taxes, which is something we are working to counteract every single moment of every single day.

“Let us now turn to some very important social issues. While the republican brand has been labeled a lot of unfortunate things such as ‘homophobic’ and ‘misogynistic’ and ‘anti-marriage equality,’ we must stand up for our rights to remain in the dark ages on these matters. Who are these biased groups who want to shun us and shame us as we seek to repress the rights and the lives of others? Don’t we have rights, too?! Those of us who wish to block progress are often the real victims of intolerance on the part of those who think the LGBT community should have the same legal treatment as us normal people or that women are the equal of men. The prejudice of LGBTers and women is truly shocking, my friends, truly shocking.

“And while we’re on the subject, let us not overlook the onerous incursion of female prerogatives into the normal scheme of life. It isn’t enough that we pay for their dinners, father their children, turn over our paychecks, curb our sexual desires, open doors for them, and all the various perks and rights we afford the distaff members of society. No, they want more, more, more, and still more, bless ’em. But we love the gals here in the Republican Party. And reaching out to them is now a big priority amongst GOP candidates. We can promise you that we will be saying more of the correct things in the future!

“In addition, we are developing a wonderful surrogate program to train and prepare ethnic conservatives to represent our views to the media. We hope to develop some of the wetback persuasion to join our ranks. Meanwhile, we are all offering encouragement to the Uncle Toms we currently employ such as the very good and articulate speakers Michael Steele, Ben Carson, and Robert Traynham. And let us not overlook the female Uncle Toms — I guess they would be Aunt Tomasinas — such as Amy Holmes and Condoleezza Rice. It is always heartwarming to see how the ethnics can be coopted by speaking fees, limo rides, and tailored suits — a fine example of American capitalism at work!

“Turning now to the scurrilous charge that the Republican Party seeks plutocracy and oligarchy, I am very pleased to be able to assure you that most people who vote for conservatives have no idea what those terms mean. So we need spend no more time on these defamatory accusations. Shame on those people who point out such things. Shame on them!

“Theocratic extremism is another term that is bandied about when referring to conservatives and Republicans. This is, of course, false. The fact is that it is the Muslims who are the theocratic extremists as you can see in the comments of ISIS or ISIL or the Islamic State or whatever in tarnation the ragheads are calling themselves today. They’re the ones who march into a city and tell people they must submit to their strain of Islamic extremism or get shot or beheaded. It is terrible, just terrible. And I want you to contrast that with the views of that great political thinker for the Republican Party, Phil Robertson, who appeared on that bastion of objectivity, Fox News, to virtually solve the problem with the Islamic extremists by saying, and I quote, ‘I think you either have to convert them … or kill them. One or the other.’ Nothing extreme about that because it falls directly in line with Biblical scripture.

“All right, let’s turn back to important matters back here in the U S of A, specifically the area of voting rights. Allow me to point out that our party’s fine ongoing efforts at suppressing voter registration are complimented by our methodology in making it far more difficult to cast a ballot. Predictably, progressives, liberals, and independents have raised a hue and cry over all this but conservatives firmly believe that limiting voting to landowners and other white people represents the true nature of democracy. And it is very much in line with the goals of the founding fathers who adopted the constitution exactly as it was written by Jesus Christ and who so wisely determined that ours is a white Anglo-Saxon Christian nation  and others are welcome here as three-fifths of a human being.

“We conservatives want you to save your money. Is that bad? I ask you again, is saving money a bad thing? No, it is a very good thing. Which is why conservatives and Republicans will continually vote down or obstruct votes on legislation supporting such frivolous matters as early childhood education, grade school public education, middle school education, and more. It is why we will vote down or obstruct votes for such overpriced commodities as healthcare, veteran’s benefits, and food for people who claim they can’t find work to pay for their meals. You’re welcome, America!

“Finally, let me turn to the distasteful allegations that the GOP is a racially-focused institution. This is a dastardly charge. A shocking charge. A judicious charge. In response, let me point out that we have a ‘big tent’ here in the conservative cabal. We welcome not only those who are opposed to black and Hispanic people — the GOP’s traditional enemies — but we are also against those who choose to be native American, Asian, Arab, Muslim, or any racial, ethnic, or religious group that is not pure white and fundamentally Christian.  Ours is an all-inclusive party that stands ready to embrace racists of all stripes. In this manner, as in so many others, the GOP and the conservative cause are moving solidly forward in a return to the comfort of America’s storied past.

“I want to thank all of you low-information voters for your continued support. It is through your lack of rationality that the Republican Party and conservatism can succeed and bring down the tyrant that is the government of truth, justice, and equality. Good night and God bless America!”