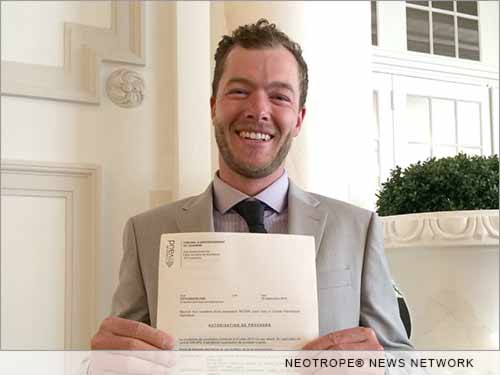 NEWS: Olympian Justin Reiter, accompanied by his three lawyers, appeared this morning before the honorable Court in Lausanne in the first hearing on his lawsuit against the International Olympic Committee (“IOC”). During the hearing, the attorneys representing the IOC expressed their regret to Mr. Reiter, but otherwise refused to enter into any conversation pertaining to the subject matter of the lawsuit and refused to otherwise discuss any plausible informal resolution.

The presiding judge, the honorable Pierre Bruttin, once acknowledging the parties positions before him, granted Mr. Reiter the authorization to go forward in the proceedings. This first procedural hurdle that Mr. Reiter was facing was therefore today overcome with great success, and the lawsuit of Mr. Reiter will proceed in the Swiss Civil Court in Lausanne.

“While I appreciate the apologies of the IOC’s counsel, I believe our victory today is important. The Court has recognized that I have a legitimate claim, and will allow this suit to proceed in its Court. I look forward to justice being served, and I’m thankful to the Court in Lausanne for their time and service,” said Mr. Reiter right after obtaining his official certificate to proceed.

“I don’t see much merit in the position of the IOC, but I am looking forward to litigating this matter in the Courts here in Lausanne. Fundamentally my client’s claims are as real as they come. I believe the fact that the judge granted us authorization to formally proceed with litigation to be an acknowledgement of the same,” added Mr. Marchino, the U.S. counsel for Mr. Reiter.

“While the road ahead is still long and complex, I think that we have a good opportunity here to do what is right. As long as Justin is not left alone, and has the support he deserves, we can win this fight,” stated Mr. Taminelli following the hearing.

The next step for Mr. Reiter will be filing with the Court in Lausanne, through his Swiss counsel Mr. Taminelli and Ferrazzini, his statement of claim.

Freedom of Religion or Belief of Russian Scientologist affirmed by European Court of Human Rights Oct 6, 2021