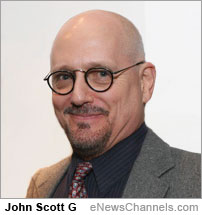 eNewsChannels COLUMN: You have probably rolled your eyes while watching members of Congress argue about important legislation and then vote to kill it using the new GOP filibuster process. But have you ever wondered about the bills that are being voted on in the back rooms, out-of-sight and away from public view?

My work in advertising and public relations put me in close contact with an impressive array of scoundrels, rogues, ruffians, bums, and mongers of sleaze. There’s also a downside, of course, whereby one must create campaigns to influence public opinion about the selfish views of the aforementioned characters. And, as you are about to see, to influence not-so-public opinion.

At the time of my involvement in the shenanigans known as The Hospital Cost-Containment Act, many of us referred to our killing the bill as The Great Healthcare Hornswoggle, although I see now that we were being too kind.

Pain in the Wallet

Let’s discuss anguish for a moment. When you are suffering, you seek relief. You want the best care possible, as fast as possible, as inexpensively as possible. While we all worry about healthcare price tags before or after treatment, nobody wakes up in an operating theater to inquire, “Hey there Doc, what’s this gonna set me back?” When something is life-threatening, you might even say “damn the cost.” Unfortunately, it seems as if healthcare providers have taken those three words to heart on everything: “damn the cost” could be their motto. And they assume you are supine and unconscious on the gurney.

The price of getting treatment rises for many reasons but obviously the profit motive is a large part of it. Setting aside the reservations some people have about there being profit in healthcare (for the good of the nation, many believe healthcare should be available to U.S. residents) there is precious little sensible political thought on ways to resolve the situation, to find a way to hold down the continually upward-spiraling rates.

Although, to be fair, a huge part of the nation does not want to keep a lid on costs. Republicans appear to be in favor of rising rates. Yes, I hear the GOP flacks protesting but look at the record: The republican party continually acts on behalf of insurance companies, hospital management companies, pharmaceutical companies, healthcare equipment manufacturers, etc., and not on behalf of the people of the country.

“Let profits and prices soar!” is their maxim, accompanied by lots of guttural grunting about the free market, laws of the marketplace, supply-and-demand, and so on and so forth, ad infinitum, RIP, here’s your 187-page invoice.

Perhaps a decade or two from now, after the GOP voter suppression efforts have at last been foiled, the plutocrats jailed, and the idea of a democracy returns to the 35 or so states not located in what is known as The YewKnighted States of Moronia, the enlightenment will be upon us and we will have a single-payer system (simply called Medicare for all).

But until then, we will have to put up with suggestions from republicrats that manage to combine anti-people prejudice with pro-corporation favoritism. This leads to silly season solutions like this one from many years ago. The Hospital Cost-Containment Act is nice-sounding, isn’t it! But it was basically a clampdown on the amount of profits that could be paid to hospitals, which has the disadvantage of ignoring a couple (okay, four) economic and demographic realities:

One: Demand for Healthcare

As the population increases, there are more customers for healthcare and demand rises. As the population ages, more people require more kinds of care than they did for the first five decades of their lives. It’s expensive, but hey, we’re talking life versus death and life versus pain here, and who’s to say it isn’t worth it? Compounding the problem is the American way of sloth, with masses of people showing little regard for exercise, diet, or the avoidance of things like nicotine, trans-fats, alcohol, meth, and sugar. Oh my, a lot of sugar. All of which contribute to the increased demand for healthcare.

Hospitals are labor-intensive, and people can cost a lot. Y’know, little things like: Salaries. Wages. Benefits. Plus items like insurance, a lunch room, parking, coffee with those little straws to use as stirrers, endless CYA memos from the Human Resources department, etc.

As new medical techniques are developed, more doctors want to use them and more people want them to be used. Hospitals scramble to make the techniques available in their facilities, doctors seek access to the new technology, and so on.

Let’s just consider one now-familiar technology, the CAT scanner. (The acronym stands for Computerized Axial Tomography, if you were wondering.) You can think of a CAT scan as a comprehensive x-ray involving layers of your body. Plus, it can turn the images into a video image to aid physicians in making their diagnoses. Neat. But scanners cost a quarter of a million dollars when they were first available and I just checked a medical equipment site called MedWow and saw some in the half-a-million range.

Four: Cost of Other Stuff

Sorry to get technical in that subhead, but a medical center has a few additional costs in such areas as food, water, energy, medication, laundry, grounds-keeping, security, maintenance services, supplies of all sorts, etc.

So, what was inside the rarefied brilliance of The Hospital Cost-Containment Act? It called for limiting hospitals to an annual monetary increase of 9.7 percent. “That’ll put a stop to people enjoying healthy profits on the backs of ill and hurt people!” Right?

Well, let’s think about that for a moment. If a hospital cannot cut their expenses for people and supplies … and they cannot cut back demand for hospital services … then the only possible way to hold down increased revenues would be to … cut back on services provided.

There’s a name for this: rationing.

A consortium of hospital companies decided to combat the bill and I got to be one of the writers in the fight. My day job was at an ad agency that had one of the hospital corporations as a client; and my freelance work was writing public relations, where I was in touch with the PR team for the association of hospitals. This meant I got to attend the strategy sessions involving the PR agency, the ad agency, and the lobbyists. (And yes, it was difficult to tell which group had the least scruples.)

Keep in mind that when a bill is introduced in Congress, it doesn’t suddenly appear on the floor of the House or Senate. Nor do politicians immediately start pontificating about it on C-SPAN. Bills begin in whatever committee has jurisdiction over the topic covered by the bill. Which is what is meant by “the bill is in committee.”

So the first thing we did was identify the couple of dozen or so members of the House and Senate committees who would decide the fate of the bill. Those few people, plus their staffers, comprised our target audience. Next, we began referring to the Act as “the government’s 9.7 percent solution,” playing off a book and film, The Seven Percent Solution, which dealt with cocaine addiction among other things.

Then we attacked the rationing aspects of the Act. One of my ads bore the headline “What if there was a cure for cancer but you couldn’t have it?” Any successful cancer treatment would have sent revenues through the roof but with a 9.7 percent cap, obviously this would cause problems. Another ad contained this argument: “If you need a gall bladder operation, you might be told ‘I’m sorry but we’ve already reached our limit on gall bladders this quarter. How about a hip replacement? We have some of those available.'”

Another ad had this headline: “Your weapon in the fight against higher healthcare costs,” and it featured a coupon you could send to your Congressperson asking for a “No vote” on the act. Actually, we mocked up a different ad for each member of the House and Senate Committees considering the bill. That way, we could put the Congressperson’s name, office phone number, and office address in the ad. Zeroing-in on our target audience, doncha know.

Our TV commercial featured a mother and her little girl sitting in a hospital waiting room while people are being called in for treatment. But instead of using a name they are being called in by number like at the deli or the bakery, with an electronic sign on the wall reading “Now treating # 257.” The voiceover explains the rationing elements of the Act and the spot ends as the little girl looks up at her mother and asks, “What number are they up to now, mommy?”

That was one of the best lines I ever wrote. Except for all of the nifty lines in this book, of course.

Defeat is Victory, Kind Of

These ads were part of the lobbying effort that helped take the bill down to defeat before the public knew much about it. What I found most interesting about this campaign is the fact that the ads never actually appeared in public. They were only seen by the members of Congress who served on the House and Senate committees in charge of the bill. The lobbyists would make their arguments, present some position papers, and then show the ads. At which point the message would be something like this:

“Congressperson [insert Congressperson’s name here], if you’d like to see these ads running in your district, you just go ahead and vote that bill out of committee.” Well, they probably phrased it better. And I’ll bet they sounded oh-so-smooth as they delivered the message over Scotch and cigars. Smarmy, oily, skeevy statements deserve the kind of tone you normally associate with villains in James Bond movies.

Certainly the American people were not consulted in any of this. I did my inkslinging/gunslinging behind closed doors and out of the spotlight. It makes you wonder how many other proposed pieces of legislation are subjected to battles just like this one. My guess is that the dirty campaigning you see in local, statewide, and national politics represents just the very tip of a very large iceberg.

Article is Copr. © 2012 by John Scott G, and originally published on eNewsChannels.com – all commercial and reprint rights reserved.