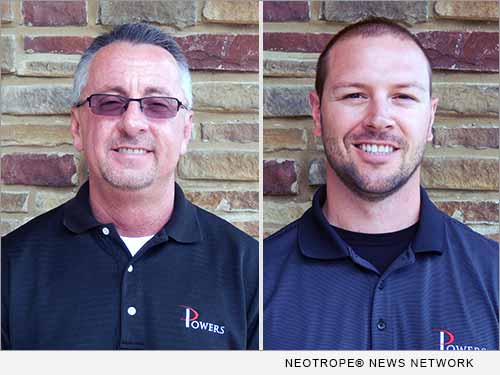 NEWS: (NORTH LITTLE ROCK, Ark.) Powers of Arkansas, the state’s largest commercial HVAC company, announces the promotion of two key leaders at Powers who have contributed leadership and vision to the growth of Powers as the industry leader in commercial HVAC equipment, air distribution, and controls in Arkansas.

He has been influential in sales growth, market penetration and the growth of market share, and strengthening client relations. Scott grew up in the Air Distribution business with his dad putting him to work at the age of 10.

His future responsibilities will include sales growth in Equipment, Air Distribution, Controls and Control vServices. Chase will also be involved in brand development and client relations as Powers continues to grow in Northwest Arkansas.