Anybody can buy a clerical collar, so it’s not absolutely certain that it was a clergyman who molested me when I was a kid, but you know the old joke: if it looks like a duck, walks like a duck, talks like a duck, and sucks you off like a pedophile priest . . .

Clerical collar buttons and cufflinks from CleriCloth Company are a great gift for others or for yourself! Ours are of polished metal, symbolizing your rigid strength and moral fiber, and fully plated with genuine gold or silver denoting the thrust of your devotion. 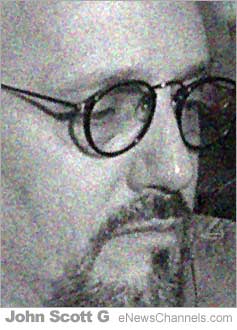 The whole time I was being abused, the rest of the world seemed very small and quite far away. Everything other than the hell that was taking place on my body was suddenly trivial and insignificant to me. All through the disgusting act, I wanted so badly to reach out to some other part of the planet, to escape to some other place. I wanted to be near almost anyone else: My parents. My relatives. My friends. I wanted to be far away from the bed and those arms and those hands and those lips on me.

The CoolCleric collar is made of supple material that gives it the resiliency to be worn while tied in a knot. On the inside is a band with perforations allowing airflow; hence the “coolness” alluded to in its name.

Trapped, cornered, helpless, vulnerable, exposed. Frightened to the point of paralysis. The worst part was feeling devalued, worthless, insignificant, a piece of rubbish. I don’t know how other victims have felt, but for me, being assaulted caused intense feelings of self-doubt. Did I bring this upon myself? Is any of this my fault? Am I being punished for something I did that I didn’t even know was wrong?

Each order of collar-tabbed shirts comes with a faux-leather collar case to store twelve collar tabs. In fact, if you stack them very carefully, you can increase the capacity from a “disciple dozen” to a “baker’s dozen!”

I was young. A boy, not even yet a young man. I was in the hospital. I was recovering from a surgical procedure. This was back in the time when patients would routinely stay on the ward for a while after an operation, whereas now the idea is to shoo people back home as soon as possible. So I was awake but not entirely back to full strength. Not that my full strength would matter because a kid doesn’t have a great deal of ability to fight off an adult, and certainly not a kid in a hospital bed. And while the assault probably didn’t last much more than ten minutes, time can be flexible and so the event seemed endless.

Be sure to check out our Preaching Bands in fine pure linen. Yes, that’s right, we said they’re pure, as pure as you are! Available in six sizes, depending on the bloat of your flesh.

Sometimes I wake up in the middle of the night and the terror is still with me. Other times, the horror invades my sleep. Images of the past, present and future combine in my memory so it seems I’m being violated by more than just the man with the clerical collar. In the delirious trance that sometimes engulfs my consciousness there are a great many people who are holding sway over me, a violent litany of faces representing shock and panic and lasciviousness and unbridled power.

As a special touch, we suggest ordering your clerical collar buttons and cufflinks engraved with your choice of Jerusalem cross or Chi-Rho monogram of Christ.

The revulsion of long ago blends with the rest of my own personal history. Everyone and everything representing untoward authority reminds me of that time of violation. I glance at the news and see that an important piece of legislation is thwarted by some bloviating right wing nutjob politician. You and I are helpless to combat that. As helpless as I was on that bed. Or you suddenly must endure an incorrect decision by a faceless insurance corporation that causes months of delay in getting a medical procedure for an ailing relative. You and I are helpless to prevent that. As helpless as I was under the control of the demon in human form.

New for this season, the CleriCloth Company offers a great alternative look to the tab-collar shirt: our exclusive snap-in-place Collaresque, the clergy collar that now comes in Roman or Anglican styles!

My nightmares feature more than just the face of the man who molested me. All the scumbags of the near and distant past cavort and frolic with the image of that evil priest. For example, the hideous specters of Richard Nixon, Karl Rove, Samuel Alito, John Boehner, Chris Christie, and Dick Cheney float to the surface of the perverted reverie. The distended countenances of Antonin Scalia, Frank Luntz, Sheldon Adelson, Michael “Uncle Tom” Steele, Foster “aspirin ‘tween your knees” Friess, and Clarence “pubic hair” Thomas are thrust forward at me as I lie there on the bed, my body as vulnerable as the nation those people always seek to defile. These rancid faces alternate with the visage of that malevolent man and his enema-dripping mouth.

Introducing the unique clerical dickey! Providing you the best in comfort and practicality, our clerical dickey offers you the appearance of a clerical collar that can be worn under an open collar shirt or Santorum-style sweater vest.

I am prostrate on the mattress and a great many disgusting maggots join in the rape: Dick Armey, Bob Dole, Trent Lott. Scurrilous insects like Ronald Reagan, Eric Cantor, Papa Bush, Flabby Florida Bush and Puppet Bush attack me in the miasma of memory just as they always attack the prostrate body of America itself. Kenneth Lay and Jeffrey Skilling, the Enron criminals, are there as well. So are those balls-of-slime Bernie Maddoff, Roger Ailes, Marco Rubio, Lindsey Graham, Tom “Close Your Eyes” Corbett, Rob “Vaginal Probe” McDonnell, and Countrywide’s inhuman Angelo Mozilo.

Made of the finest virgin polyester, the CleriCloth dickey has a convenient Velcro fastener in back, affording you the ability for fast in-and-out.

It doesn’t stop, of course. Each new right-wing neo-con fascist who shows up on the scene joins the brigade of brigands who trample their way across my mind. Their attempts to subjugate the population somehow meld with my suffering. These attackers of liberty, freedom, and justice include such decayed detritus as Bob “Swift Boat but Slow Brain” Perry, every FauxNews bloviator, and most of the Walmart clan. David and Charles Koch also often lend their putrid presence to the act. And since the two crepuscular Koch turds own Georgia-Pacific, the violation that I endured is again slammed into my brain if I see Koch products like Brawny paper towels; Soft n Gentle toilet paper; Dixie plates, bowls and napkins; and Sparkle, Vanity Fair and Zee napkins. There is no escape from the attack even at the grocery store, for all of their crap slithers through my mind with other fine Republicorp consumer goods such as pink slime and E. coli bacteria.

Founded in the 1800s, the CleriCloth Company creates the ideal worship furnishings, including clerical collars, vestments, and choir robes. 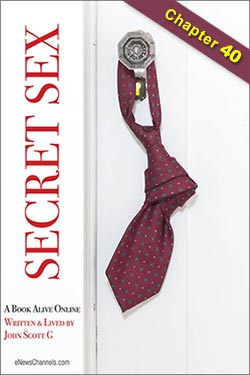 For obvious reasons, the calamitous crop of past and present prophet profiteers at the mega-churches and send-us-money-for-Jebus organizations are also always lurking in the fever dream, including Pat Robertson, Jerry Falwell, Ralph Reed, Ted Haggard, etc. These clowns are skipping arm-in-arm with a long list of scumsuckers and dirtbags like Paul Ryan, Charles Keating, John Ashcroft, Mitch McConnell, Donald Rumsfeld, Tom DeLay, Mike Huckabee, Rudy Giuliani, Darryl Issa, Mittens, and on and on and on and on in a never-ending death spiral of greedwhores and the ethically-bereft. Their perfidy is a blight on the nation just as the perverted cleric’s actions were a blight upon the human soul, and while their disgusting lives will eventually end with their souls punished in whatever afterlife awaits, meanwhile their fetid countenances mingle in the filthy memory of the pedophilic attack imposed upon my helpless body.

At CleriCloth, our mission is to consistently work with the finest and highest quality materials using the summit of craftsmanship in order to produce absolutely superior products for all your devotional needs.

My attacker was male, so women have never entered the haunting, which means I have been spared nocturnal visits by such succubi as Michele “I’m batshit crazy whoo-hoo” Bachmann, Meg “I can buy anyone” Whitman, Victoria “I talk cute so don’t mind that I’m a castrating cretin” Jackson, Carly “I can screw any corporation” Fiorina, Christine “broomrider” O’Donnell, Jan “flying fickle finger of fate” Brewer, Condoleezza “Aunt Tom” Rice, Ann “the Cryptkeeper” Coulter, S. E. “cancer in human form” Cupp, and Ms. Moron herself, Sarah Palin. Thank heaven for small favors.

The revulsion stays with me, in my brain and in my soul. Cannot exorcize it. Cannot excoriate it. The violation is forever. Like today’s GOP with all their phony preachers and super-rich offal, it represents the ugly and worthless side of humanity. It is a force of evil, of dread, of the void. So in my daily life, I strive to emphasize the elegiac side of human existence: Each day, I feel that I must attempt to combat the evil and praise the worthwhile. How? By writing. It is my only salvation. Writing articles. Writing songs. Writing scripts. Writing plays. Writing books. Haven’t yet tried writing poetry (you’re welcome.) Anyway, the point is this: the pain of those few moments of physical assault and personal private persecution can sometimes be set aside, but it will not ever dissipate.

There are three points people have made to me about this situation . . .

One: “You need to get over it.” I usually have one cheerful word in reply to them: fuckyouasshole.

Two: “You need to move on.” I usually invite them to move on to a place where they can receive a corporal demonstration of what I experienced. Move close to me and I can make my point using a rubber glove, a mop handle, and a swab of your saliva.

Three: “You will not have peace in life if you keep on hating.” Well, okay, that appears to be a good observation except for the fact that I am not seeking peace. I am using the hatred as motivation to keep on living, working, and writing.

You see, hatred means energy for me. Well, hatred and caffeine. I am fueled by anger and coffee and have no plans to give up either one of them.