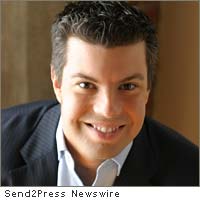 SAN JOSE, Calif. /Neotrope News Network/ — ArtsRanch, Performing Arts Training Center in Northern California (www.artsranch.com) has announced a three-week summer camp in July 2010 at the Coloma Resort. Founded in 2009 by Jacob Brent, (Mr. Mistoffelees in CATS – Broadway, London and film), who also serves as Artistic Director, ArtsRanch features Broadway performers as guest teaching artists, all of whom are dedicated to training and nurturing young talent and developing the performing artists of the future.

Bringing a bit of Broadway out west, ArtsRanch is a residential performing arts camp that provides a total theater immersion experience for performers between the ages of 13-18. At ArtsRanch, students experience individual instruction from notable industry professionals with credits from Broadway, national tours, television, and film. Students perform in a full-length Broadway musical production while attending master classes in voice, acting, dance, and audition technique; all culminating in a performance for family and friends the final weekend.

Brent says, “This summer camp is exactly the place I wish I could have attended when I was growing up. My mission was to create an environment where young actors come together to discover there are other theater fanatics just like them. I find it exciting to see young people from all over the country realize they all know every word to Oklahoma! or Wicked.”

ArtsRanch encourages students to build a professional work ethic while enjoying the excitement of a summer camp and making lifelong friendships with others that are passionate about theatre.

“The greatest reward for me,” Brent says “is seeing young actors come to ArtsRanch unaware of their full artistic potential and after three weeks time, perform their hearts out on stage with confidence and a sense of true achievement.”

Joining Brent at ArtsRanch this season are guest artists, Erich Bergen, whose credits include Jersey Boys (1st National and Vegas), Forum (Reprise, LA) and the CW television hit, Gossip Girl; and Etai Benshlomo, Boq from the San Francisco production of Wicked. Brad Simmons returns as resident musical director. Simmons is most recognized as The Pianist in the cult film Camp, and is an established performer, composer, musical director and vocal coach in New York City. Joining Simmons will be Kristen Lee Rosenfeld, musical director and conductor on the 1st National Tour of the Tony-award winning Broadway musical Spring Awakening. Other guest artists and staff will be announced in the coming months.

ArtsRanch is currently accepting applications for the 2010 summer session to be held July 19th through August 8th at the Coloma Resort in Northern California. For more information visit http://www.artsranch.com . Stay up to date on the latest news by becoming a fan of ArtsRanch on Facebook.

Jacob Brent is best known for his portrayal of Mr. Mistoffelees in the Broadway, London, and Video productions of CATS where he worked closely with its creator, Sir Andrew Lloyd Webber. He is the only performer to have appeared in all three and the only actor to have performed in both record breaking performances of the longest-running show on Broadway and in London’s West End. Brent’s experience working with teens includes five years at Stagedoor Manor Performing Arts Training Center. He teaches musical theater and jazz classes at Steps on Broadway Dance Studio in NYC, and has been a guest faculty member at NYU, Santa Clara University, and the North Carolina School of the Arts.