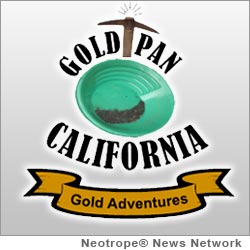 “Californian’s have no idea how much their local Legislators are really costing the State,” says Mike Dunn, owner of Gold Pan California. “Through secret use of budget trailer bills, Legislators are feverishly creating last minute laws with no bill numbers and no accountability or fiscal responsibility for these new laws.”

In this instance, Jared Huffman (D) San Rafael is in the glare of Dunn’s spotlight.

Budget Trailer Bills are intended for the implementation of fiscal decisions, and statutory changes to implement those decisions are constitutionally due to the Legislature by February 1, five months before the budget deadline of June 15th.

Yet, three weeks ago Huffman inserted four paragraphs of new “language” i.e., statutory changes, into a 100-page resources folder, which will be given a trailer bill number and presented to the Governor shortly. Governor Brown does not have line-item veto authority in this scenario.

This last minute legislation-by-default totally circumvents participation by the public. Equally wrong, it absolves the Legislator from any financial consequences or accountability for the legislation, since his name isn’t on it. Numerous calls to Huffman’s office have gone unanswered this week.

The practice of stuffing trailer bills is familiar among gold prospectors. Huffman also used the tactic during the 2011 budget countdown.

Suction dredging for gold is touted as being environmentally harmful by the Karuk tribe and environmentalists. Curiously, the same anti-mining foes are seeking $9 million from California taxpayers to dredge for mercury in the State waterways. Dredging is legal in virtually every waterway, year round for numerous purposes – unless, that is, you’re dredging for gold. That’s outlawed in the Golden State.

The news gets worse for California taxpayers if the new language becomes law. The State is involved in seven lawsuits between gold prospectors and anti-mining foes. Those lawsuits have been active since 2005, and if Huffman’s trailer bill language is schlepped over to the Governor, the State will be committed to spending untold amounts on future litigation, before the current multi-million dollar lawsuits are settled.

There are 56,000 gold claims in California, with just 6 being in Huffman’s district. The title of Huffman’s four paragraphs is “Suction dredge cleanup language.”

“If I were one of his local constituents,” states Dunn, “I would be quite interested in seeing what else was being crammed in un-named envelopes during the late-night budget negotiations.”

With seven lawsuits already underway and deep budget cuts on the imminent horizon, hopefully Huffman will pull his four paragraphs out of the budget trailer bill to save the few million dollars for badly needed social services or education.

The company was founded in 2008 by Mike Dunn, an international gold mining specialist who has been suction dredge gold mining for 34 years.

Moduline Cabinets' upfits transform a work van, trailer, or other vehicle into an efficient workspace Oct 10, 2019