Cybersecurity startup CounterFlow AI, Inc. announced last week that it has raised $2.7 million in seed funding from Osage University Partners, the Charlottesville Angel Network, and a number of individual investors who also supported the founders’ previous venture, nPulse Technologies (acquired by FireEye in 2014). 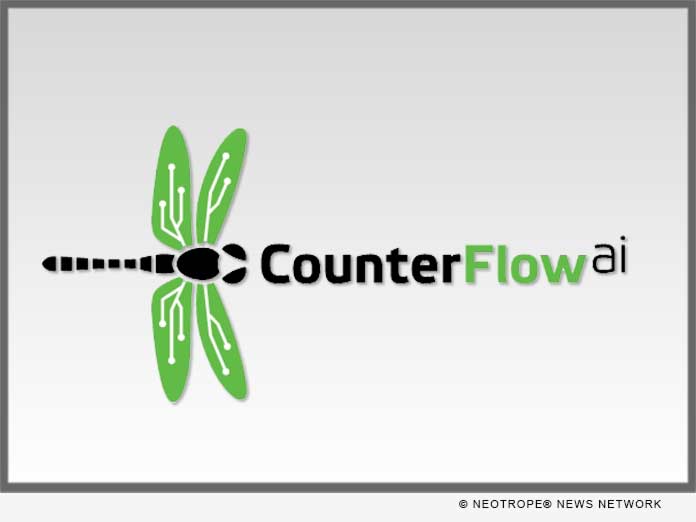 “The traditional perimeter defense approach to securing networks is still necessary,” said Randy Caldejon, CounterFlow AI’s CEO. “But it is no longer sufficient. The fact is that data breaches occur daily. Consequently, security analysts have turned to threat hunting as the best form of defense. Our mission is to arm them with the next generation of tools so that they can scale their hunting operations and win the day.”

Network security analysts may face hundreds or even thousands of alerts every day, generated by the perimeter defense tools already in place. Many of these will be false positives, some will be trivial issues that could be resolved with automated responses, and a critical few will be real intrusion events that need to be addressed rapidly.

Dr. Andrew Fast, CounterFlow AI’s Chief Data Scientist, said, “By applying machine learning to data in motion, we can draw the security analysts’ attention to the most dangerous threats, allowing them to begin incident response in real time.”

“Putting a human in the loop and empowering the analyst to hunt within their network at scale is the right place for CounterFlow AI to be,” Lee said.

CounterFlow AI, Inc., a Virginia-based company, designs and builds threat-hunting solutions for world-class security operation centers (SOC). The company is redefining the art of threat hunting by utilizing machine learning and sensing at the edge of the network to drive targeting operations in real time. CounterFlow AI’s flagship product, Dragonfly Threat Sensor, is more than a traditional intrusion detection and prevention system (IDPS). It is a cybersecurity platform that integrates signature inspection, machine learning, and adaptive packet capture, enabling security analysts to significantly reduce time to detection and response.

Osage University Partners (OUP) is a venture capital firm focused on investing in startups that are commercializing pioneering university technologies. OUP partners with top research universities to invest in their most innovative startups, and OUP shares its investment profit with its partner institutions. The firm invests in software, hardware, and life science companies at all stages of company development. OUP has partnered with over 90 universities, including 39 of the top 50 U.S. institutions by research expenditures, and has invested in over 75 of their spinouts. OUP is part of a family of investment funds within Osage Partners, which is based in Philadelphia, PA and manages in excess of $500 million.

PlantBaby Inc. Raises $4M Seed Round with Big Idea Ventures and The Fund LA, Among Others Jun 22, 2022