Home Business First Novel by financial author Robert Stowe England is the Story of a Boy Who Takes a Risky Dare to Prove...
SHARE
Facebook
Twitter 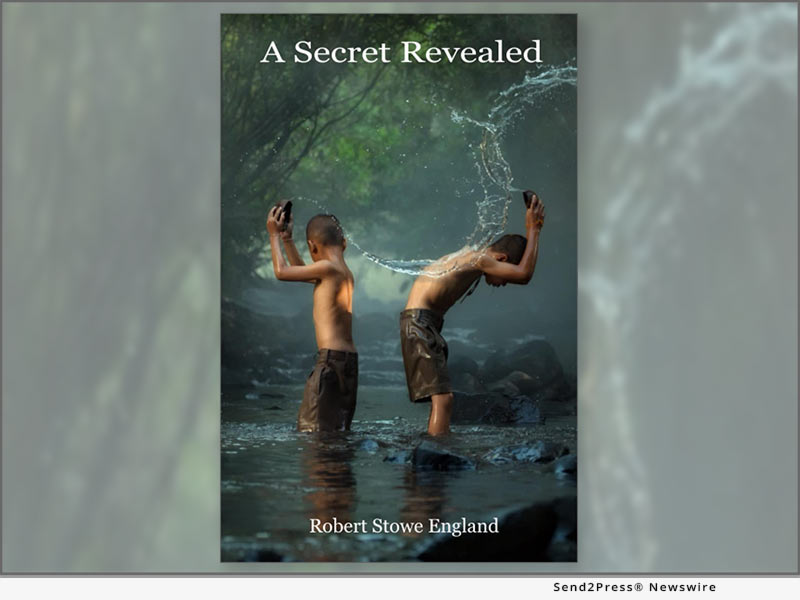 (MILTON, Del.) — NEWS: Veteran financial author Robert Stowe England announced today the release of his debut novel, “A Secret Revealed” (ISBN 978-1954682351), published by J2B Publishing of Pomfret, Maryland. It tells the story of Dean Farley, a young boy growing up in post-World War II America trying to gain confidence in himself by earning the respect of his parents and peers.

Often with scant guidance, he meets and beats the challenges of boyhood (school, making friends, catching a crawfish in a creek, baseball, and riding a bicycle) yet still worries about his ability to overcome the difficulties that surely lie ahead.

A small North Carolina community is the crucible Robert Stowe England uses in “A Secret Revealed” for Dean to figure out if he has the mettle and ability to handle adult life.

“Dean’s turning point is his decision to take a reckless dare that could risk his life to stop a bully’s relentless taunts. The event, which fundamentally changed his outlook, is so profound and troubling for him that he kept it a secret until after he was grown,” England said.

Robert Stowe England is an author and financial journalist whose career has focused on financial markets. He is the author of “Black Box Casino,” which revealed the myriad causes and aftermath of the financial crisis of 2008, as well as “Aging China,” which examined the impact of China’s rapidly aging population on its economic prospects.

The author earned a bachelor’s degree in English at Duke University, where he studied creative writing under English Professor William Blackburn and served as Associate Editor of the Duke Chronicle, the student newspaper.

He was born in York, South Carolina, and grew up and attended public schools in Gastonia, North Carolina.