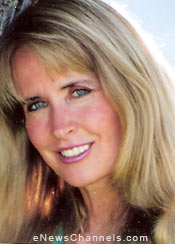 OPINION: What if we had the power to reduce the roots of violence by 50% – including one in three women raped world-wide – through a simple diet shift and planting fruit trees in schools? Thanks to UN’s One Billion Rising, women joined with enlightened men, world leaders and stars, like Ann Hathaway and Jane Fonda, together joyfully stood up for females as never before, creating and enforcing laws, sharing solutions, and dancing into a New Era this Valentine’s Day.

Thanks to moms and more dads buying the groceries and attending PTA meetings, we have the power to lovingly heal the roots of much of the world’s violence against girls/women and children in schools, as a result of the following breakthroughs:

In 2003, a Mexican-American teacher heroically got sugary soda dispensers banned from the Los Angeles School District, which National Public Radio (NPR) reported surprisingly “reduced violence in the schools by 65%.”

The reason is that each soda contains about 40 grams of sugar, while “the recommended healthy amount a day is 15 grams, or four teaspoons. Yet the average American consumes 168 grams of sugar per day.”

The Doctors Show called the craving for toxic sugary foods “similar to that of cocaine and heroin.” The American Diabetes Association found that “The average American consumes 150 pounds of sugar a year,” and children more, which goes through the bloodstream and organs, robbing vital nutrients.

Refined sugar that causes energy rollercoaster rides is hidden in most processed foods, and you still need to count the healthier honey, maple syrup, raw sugars and fruit juices.

The U.S. and Mexico are the biggest consumers of sodas and are “Number 1 in the world in obesity and diabetes,” according to a National Geographic study. Could it be related to why the U.S. is “No.1 in school shootings?” Likely. A nutritionist on CNN said we should follow Mexico, which in 2011 wisely banned sugary products sold in and around schools, and students, led by Puerto Vallata, are starting to plant organic orchards.

Those are some of the reasons why TV hosts like Martha and Cathy Lee, plus the Ritz Carltons, top spas, international beverage companies, and Starbucks – US and Mexico – use the herbal sweetener Stevia, which doesn’t raise blood sugar. They are leading the trend of responsibly offering clients a choice to reduce the sugar grams in recipes and beverages to healthy levels.

Parents will also be relieved to know that they can do something significant. Since most of the US school shooters were once bullied, simply insisting at PTA meetings that their schools ban the sugary sodas or replace them with stevia sweetened ones, could reduce tragedies like Sandyhook by 65%.

THE HOLY GRAIL OF SWEETENERS

CNN’s Dr. Sanjay Gupte revealed that Japan has the lowest violence of the developed countries, since they banned toxic Equal/Sweet & Lo, aspartame plus Splenda, and started sweetening their drinks and 40% of their foods with stevia, an herbal zero carb sweetener. China is the biggest grower. 40 years later, ABC’s Diane Sawyer exposed that diet sodas actually cause weight gain.

Therefore, reducing sugary drinks, or substituting sugar with Stevia (or Xylitol) raises our IQs, creativity, safety, sunny dispositions and outlook on life. It also reduces episodes of ADD, ADHD and Asperger’s Syndrome (along with eliminating gluten wheat) to keep our gifted kids sharing their priceless gifts and staying away from toxic drugs that can react lethally. Those are some of the many reasons why Good Morning America TV show recently called Stevia the “Holy Grail of Sweeteners.”

“Blessings on the South American tribes for discovering and sharing Stevia (Rebaudiana), an extraordinary flowering herb growing in their rainforests having leaves they have used for the last 1,500 years to sweeten their medicinals and teas. The rebaudiana extract from Stevia is the only known natural sweetener with zero calories, zero carbohydrates, and a zero glycemic index, which gives you zero fluctuations in blood glucose and zero contributions to any disease,” said my gifted advisor, Olivia Ellis PhD (Cherokee), “Teacher of the Year” of LA County’s 80,000 teachers. She is also a Master Gardener and guide at President Jefferson’s Monticello Gardens. When the Spanish arrived in the 1600’s, they spread this “magical” sweetener with no side effects, worldwide.

THE SUGAR PIPELINE TO VIOLENCE AGAINST WOMEN

Another reason why eliminating the sugar soda machines was so significant is because nutritionists say that habitual overdosing of white processed sugar altars blood sugar balances that can lead to hypoglycemia. And since alcohol is a fermented sugar it makes billions of children more vulnerable to getting into a pipeline to alcoholism, sniffing and drugs. They, in turn, lower inhibitions, increase isolation, depression, paranoia-related control issues, anger and impair our judgement to take crazy risks, or resort to sexual and other abuse, violence, suicide that leads to prison and early death, like Whitney Houston and Amy Winehouse. Despite their tragic cautionary tales, there is a rise in U.S. girls binge drinking, trying to keep up with the boys who are not as affected/harmed.

Since schools are the training grounds for violence against other children and women, we moms have the power to send more of our sons and daughters to colleges, instead of U.S. prisons. We also have the power to create a world that is 65% more peace-loving, so our countries can shift at least half of our defense budgets toward community needs, and mobilize billions of renewable energy jobs and reforest our countries in this Race to Save the Planet, and give our children the future they want!

HAIL TO THE FIRST LADIES

Since kids learn best when they are also having fun, “California’s Fruit Tree Tour” is a rockin’ world model. They have been spreading organic orchards across 50 cities and 190 (mainly) lower income schools. See Emmy Award winning video CommonVision.org.

I asked Megan Watson, a founder, if anyone had heard of any shootings after they had worked your magical transformations. She said the only story they heard was about student gardeners telling boys to stop rough housing near the trees. Paul West also shared that in South Central LA, gang members who normally sold drugs on the corner to get something to eat, initiated an after-school “Alley Program,” to extend the orchards into their communities so they could regularly also proudly feed their families, given there are 17 million U.S. youth who go to bed hungry every day – a major cause of edginess and violence. Paul said he also read the RingingCedars.com books on how the Russians have recreated more harmonious communities with little women’s violence as a result of 35 million families planting organic gardens, each with about 300 trees.

Therefore, might this orchard solution radically transform our school training grounds for violence into gardens of Eden? Fortunately, every school in the U.S. can get FREE organic fruit trees from their state forestry department or guidance to get grants, for the $1 dollar seedling, and FREE assistance from the Jr. Master Gardeners and 4H, said Dr. Ellis, a Master Gardener. So every school can afford to reduce violence, as well as obesity and diabetes give the Biggest Loser Show study that one month of fresh raw organic fruits and veggies ends diabetes. At the same time it helps create a generation of lean, clean, happy, goddess-honoring Americans.

STOPPING THE SUGAR PIPELINE TO ALCOHOLISM AND VIOLENCE

Bless First Lady Betty Ford in mid 70’s being the first to come clean in front of the world at the White House about her addiction to alcohol and prescribed drugs for lack of opportunities back then. She helped inspire me to lead the Title IX March in 1977 for Equal Sports and Education, and work with Billy Jean King (Cherokee) and Olympic swimmer Donna deVarona and their Women’s Sports Foundation lawyers to get the law enforced.

Yet today, Native American girls on many reservations are still living in 3rd World conditions and have the least sports and education opportunities in the U.S. They are getting raped two and a half times more than other US women, especially by non-Natives, and laws are not protecting them. ( )

Empowered girls can also better protect themselves from trafficking, child marriage, teen pregnancy and violence, which is another global goal of our President.

WHERE CAN ONE FIND STEVIA?

Thank heaven a renowned Mayan-Yaqui dentist, Dr. Roberto Villafana, turned me on to a Chinese brand of Stevia 10 years ago, which helped me keep my Olympic weight and avoid my genetic predispositions: One grandfather had diabetes and another was an abusive alcoholic. Since then many U.S. companies and others found how to eliminate the bitterness and make the taste wonderful. Following Latin America and Asia, with recent US/FDA, European Union, Australian and New Zealand approval you can now find Stevia sweeteners at gyms, grocery stores, supermarkets and super discount stores, and the trendsetting spas, cafés, restaurants and soon schools. They come in packets, shakers and liquid.

Since Stevia was also name of my brilliant Olympic mom and my middle name, ergo my job, and the tribes, like Asians have less enzymes to process sugar, since they lived in Nature until recently, I wanted to help find them the best versions. I learned that stevia is also a powerful medicinal – anti-viral, bacterial and plaque (to protect heart), so the healthiest are the organic Stevias using the whole leaf and no fillers, except for inulin fiber, a prebiotic, and chromium, for digestion. Some versions, even within companies, are purer than others so check additives.

The purest most affordable, tastiest organic leaders, especially online include: NOW Foods, Sweatleaf, Wholesome and KAL. There are some good all-natural brands such as NuNaturals NuStevia’s Tabs and a high fiber one for baking.

Xylotil is another excellent natural sweetener from the sugar alcohol of fruits, berries and mushrooms, used in many products.

You can also find at those stores the tastiest all natural Stevia beverages with zero carbs like: Zevia with 15 flavors including colas and Steiz (also in Canada and Mexico).

After the school bans started spreading, Coca Cola and PepsiCo developed beverages with stevia sweeteners, called Truvia and Reb A, in many countries now. ( http://online.wsj.com/article/SB122955049250715515.html ) Websites have locations, but always check ingredients and sugar grams.

WE HAVE THE POWER…

Moms and enlightened dads we have the power to put more sons in college than in U.S. prisons and help our families, communities and countries be 65% more peaceful. We have the power to help shift the monies wasted on war, crime, and prisons into green jobs and schools and FREE healthcare.

These breakthroughs that are helping women joyfully develop their full potential, are a Godsend for the world’s children since the UN’s RIO+20 Earth Summit last June found that females are key to a sustainable planet! Therefore, today is a landmark healing of Earth’s mothers and Mother Earth.

So keep joyfully dancing, praying, meditating, strategizing and bringing in 1,000 years of Peace we were prophesied to lead along with the tribes, including through diet and organizing the organic tree planting in schools. Know that the World’s youth leaders, like 12 yr old Xiuh (shoe) Martinez who is heading up reforesting America, as part of the UN’s Billion Tree Campaign that was turned over to the World’s youth, are cheering you on since reforesting the planet is key to their Climate Justice (earthguardians.org).

Article is Copr. © 2013 by Suzy Chaffee and originally published on eNewsChannels.com – all commercial and reprint rights reserved. To contact Suzy, use: suzynativevoices@aol.com. Photo credit: Sunny Griffin

BabyLiveAdvice's Nurse Innovator Impacts Moms' and Babies' Health in 'Year of the Nurse and Midwife' Jan 20, 2020