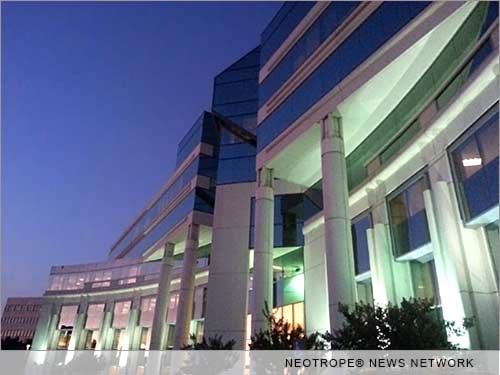 REDWOOD CITY, Calif. /eNewsChannels/ — NEWS: ImmersiON-VRelia, the premier innovator in the HMD virtual reality sector, announced today that in order to meet rising demand, it has expanded its Redwood City headquarters and simultaneously opened European offices in Murcia, Spain. This expansion comes on the heels of TigerDirect’s announcement last week that it has claimed national distribution of The GO by ImmersiON-VRelia.

The GO, the first of ImmersiON-VRelia’s products to hit the market, is a mobile head mounted display accessory compatible with most smartphones. The GO was launched at the November 7 TigerDirect Tech Bash in Miami and was met with an enthusiastic response from attendees.

“ImmersiON-VRelia’s mission is to drive human evolution through immersive education and experiences,” stated Manuel Gutierrez-Novelo, founder and CEO of ImmersiON-VRelia. “We are facing an increasing demand for our products. With a larger presence in the U.S. and new offices in Europe, we are one step closer to the mass adoption of virtual and augmented reality.”

ImmersiON-VRelia’s headquarters are located at 303 Twin Dolphin Dr. in Redwood City, California. The team at this location is focused on overall strategy, the AlterSpace platform, production, and business development. In Murcia, Spain, the company holds offices at the Atalayas Business Center at Carril Condomina 3, 10a Planta. The workforce at the Murcia office is dedicated to creating AlterSpace environments, software, and hardware development.

ImmersiON-VRelia also works with key partners around the world on its system development. Critical subsystems for ImmersiON-VRelia’s are being developed by VDX, a Spanish company specializing in hardware and firmware development.

“We are very pleased with the high-efficiency, accuracy and overall quality development of VDX, our strategic developer for some of our subsystems,” said Gutierrez-Novelo. “We are excited to have VDX as a key long-term partner of this worldwide project.”

ImmersiON-VRelia is focused exclusively on the creation of wide field-of-view 3D Stereoscopic Head Mounted Displays and Heads Up Displays for virtual reality and Augmented Reality for multiple industries.