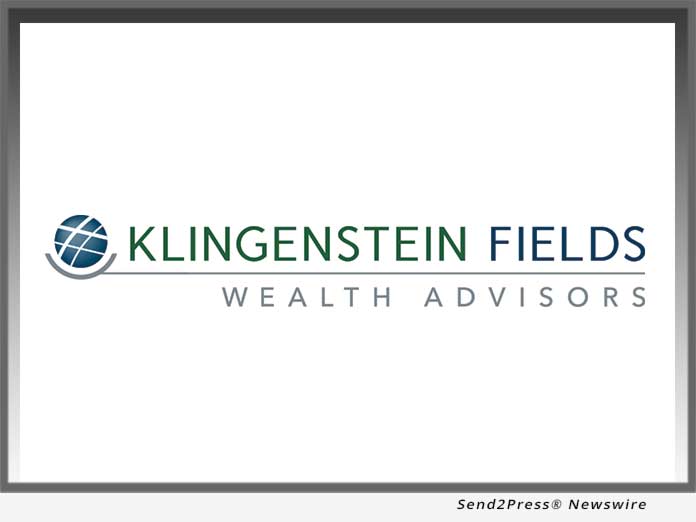 (NEW YORK, N.Y.) — NEWS: The Members of Klingenstein Fields Wealth Advisors (KFWA) mourn the passing of Fred Klingenstein, a founding member of the firm and Chairman Emeritus. Together with his brother, John Klingenstein, and colleague, Kenneth H. Fields, Fred established the firm in 1989 to provide investment advice and guidance to high-net-worth individuals and families. Prior to KFWA, Fred was CEO of Wertheim & Company and Co-Chairman of Wertheim-Schroder & Company.

Fred also served as Director of several investment funds and publicly held companies. He was also dedicated to giving back to the community, particularly in the areas of education and medical research. He was a Member and former Chairman of the Board of Trustees of the Mount Sinai Medical Center, a Vice Chairman of the Board of Trustees of the American Museum of Natural History and a former Chairman of its Investment Committee. At Mount Sinai, he established the Klingenstein Institute for Medical Science and a scholarship fund honoring his late father Joseph Klingenstein.

Fred and his wife, Sharon, were recipients of the Mount Sinai Noble Deeds Society Honorary award, recognizing their generous long-term commitment to Mount Sinai. In addition, Fred was a former trustee for St. Lawrence University, past President and Chairman Emeritus of Rye Country Day School and past Chairman of the Finance Committee of UJA-Federation of Jewish Philanthropies.

Beyond his many accomplishments and strong leadership that was widely admired, at KFWA, his “second family,” we appreciated his passion for investing, for serving clients with the utmost integrity and the warm relationships he had with all. Fred loved KFWA, loved being at work and always led by example. An unassuming man, he could often be found running out to pick up his own lunch from the sandwich place nearby. He was interested in everyone at KFWA, both personally and professionally.

He will be truly missed by all who knew him.

Mr. Klingenstein graduated with a B.A. in Economics from Yale. He was predeceased by his beloved wife of 59 years, Sharon. We extend our deepest sympathy to his children Kathy, Susan, Amy and Lucy, to his eleven grandchildren, two great-grandchildren and to the entire family.