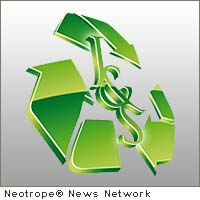 SAN FRANCISCO, Calif. /eNewsChannels/ — On September 9, 2010 at least four people were killed and many more injured when a Pacific Gas & Electric gas pipeline allegedly exploded and started a fire that destroyed a San Bruno, California neighborhood. As a result, regional businesses such as J&S Recycling are jumping into action and sponsoring a rally for San Bruno on September 25 from 12 p.m. to 7 p.m. at the San Bruno Recreational Center and San Bruno City Park at 251 City Park Way.

Rally attendees are encouraged to bring their friends and families. People can donate by purchasing beer and wine, raffle tickets and auctioned items. Donations for raffle and auction items, in addition to cash may also be made.

Beer pong anyone? Sure. Give it a try. How about some dodge ball? Why not relive those hellish grade-school days? And, there’s even a kid’s corner for the younger set. All proceeds from these activities, and more, will go to the San Bruno fire victims.

To further show its support, J&S Recycling is donating 10 percent of all its net sales from now though the 25th; they are also encouraging others to donate by giving away one San Bruno T-shirt with any donation of $20 or more.

Sean Alfonso and Jimmy Stewart Jr. are the founders of J&S Recycling. Born and raised in San Bruno, they are grateful to be in a position to help the city that they love.

Since 2009, J&S Recycling has grown into being one of the bay area’s busiest and most comprehensive recycling centers. They not only spread the word about the importance of recycling, but they also making it more accessible and easier for Northern California patrons to do the right thing with their recyclables. They also offer California Refund Value (CRV) on aluminum cans, glass bottles and plastic values.