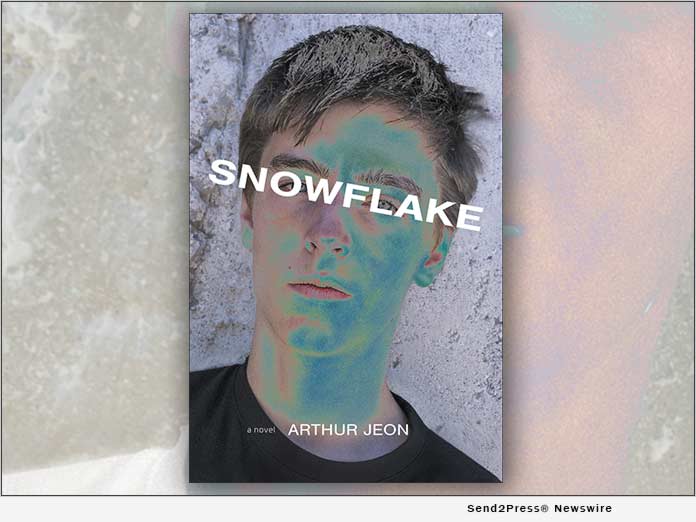 In new book, a teenager decides he must assassinate the president as an act of environmental protection

(LOS ANGELES, Calif.) — NEWS: In the newly released novel, “Snowflake” (ISBN: 978-1734093506) Arthur Jeon cranks up the climate change alarms while indicting the Trump administration for their environmental destruction. The result is a cli-fi thriller that’s a blistering contribution to “contemporary historical fiction,” the emerging genre that tackles current issues through fictional characters.

“Many of us feel we are in an existential crisis right now. I wanted to speak to readers at that depth, which is only reached through emotion and story,” says Jeon. “If you invest people in the character, then you can sneak in the latest climate science. I hope it appeals both to lovers of fiction and nonfiction.”

According to Publishers Weekly Booklife, “the troubled, passionate young protagonist’s voice is alluring and immediate.” Ben, 18, is an animal lover who’s alienated by social media and obsessed with science. After two near-tragedies, the scholarship student starts compiling doomsday headlines in his journal – the entire novel is snappy journal entries – and becomes enraged at the president who’s accelerating the crisis. With each global warming disaster, Ben realizes the very survival of his generation is at stake. So, the “apocalyptic Holden Caulfield,” as one reviewer calls him, decides on a desperate act of environmental activism, one that explores what it means to be a good American versus a global citizen: he will assassinate the climate-denying POTUS. Ben’s journey stress-tests the line between morality and madness. And the novel pushes boundaries.

When asked if he’s concerned about publicly excoriating the sitting president, Jeon quoted Ron Charles in his recent article in the Washington Post: “Fictional characters can no more defame a real-life person than they can murder one.”

“In ‘Snowflake,’ that real-life person is Donald Trump,” continues Jeon. “And Trump’s attacks on our environment that Ben cites are real – you can fact-check them all. It’s what compels my fictional character to want to kill the president who every day sells off our natural inheritance.”

“Snowflake” is a provocative manifesto for our precarious moment, as one species goes extinct every twenty minutes and seven million people will die from air pollution this year (just two terrifying facts from the book). For those who feel like its young protagonist, angry and helpless as we blow past irreversible tipping points, the novel is an urgent battle cry – if not to take up arms, then to vote.

Arthur Jeon is the author of two nonfiction books published by Random House – “City Dharma: Keeping Your Cool in the Chaos” and “Sex, Love & Dharma: Finding Love Without Losing Your Way.” Both books apply mindfulness to the stresses of modern life and love. Snowflake is his debut novel, using fiction to communicate climate fact.