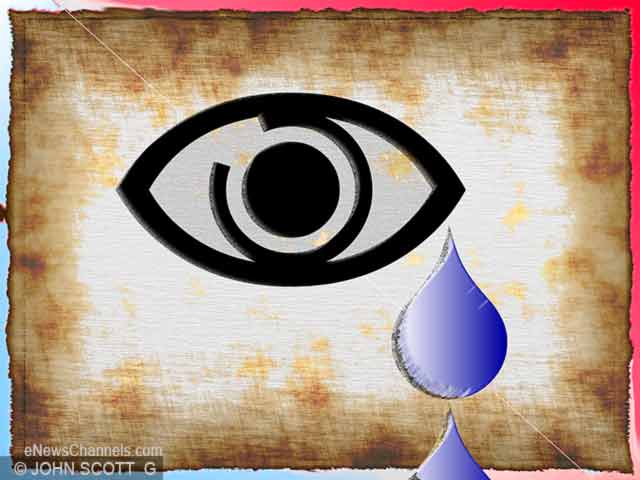 A large number of people are being used as unpaid “volunteers” in what might be called The Termination of Life Project and older generations need to apologize to everyone under 18 for creating conditions that will slowly, inexorably eat away at their lives.

Congratulations to all babies, toddlers, kids, teens: every single one of you is now a laboratory experiment! That’s right, kiddos, thanks to conservatives in the USA, your lives are valued on the same level as rats in a research facility.

This means the time has come for mature adults to ask forgiveness from young people for allowing rightwing ideologues to continue destroying the basic necessities of life on the planet. While that may sound like the typical rallying cry of underfunded environmental groups, unfortunately it’s just an observation of where our policies are leading us.

By refusing to combat the actions of the fossil fuels and food industries — and the politicians they have purchased — everything about our children’s lives will continue to deteriorate.

Multi-millionaires and multi-national corporations are gleefully watching to see the results on all you little human lab animals — the better to estimate how much more carbon they can extract from the earth and how much more genetic modification of food can be conducted before your health declines to the point where they can no longer filch funds from your pockets.

Horrific changes are already taking place because of drilling, fracking, and refining with no regard for human safety. This is not to mention the licensed but highly suspect (and perhaps deadly) chemical additives in everything we touch or consume. And let’s not overlook the genomic alteration of food on a global basis. Because of all of these processes and procedures, you will grow up with these experiences:

– Worsening of the air you breathe

– Adulteration of the food you eat

The destruction is not limited to the under-developed nations; the devastation will affect all people in every country. True, as noted by greedwhores like the Koch brothers, it will be the third-world nations who will suffer first and suffer most. However, as comforting as that sounds to the smug and selfish, the sad fact is that everyone will eventually be harmed.

Here’s a pertinent quote from Naomi Klein’s superb new book, “This Changes Everything: Capitalism vs. The Climate” —

We know that we are trapped within an economic system that has it backward; it behaves as if there is no end to what is actually finite (clean water, fossil fuels, and the atmospheric space to absorb their emissions) while insisting that there are strict and immovable limits to what is actually quite flexible: the financial resources that human institutions manufacture, and that, if managed differently, could build the kind of caring society we need.

While all of the abovementioned dreadfulness is taking place, the nation will also be moving blindly forward with the gutting of vital financial regulations, the foregoing of pharmacology oversight, the voiding of benefits for seniors and veterans, the closing of women’s healthcare facilities, and the continuation of onerous interest rates on student loans.

The reason for all of this economic and ecological terror is quite simple: the GOP has control of the House and Senate. That means no decent piece of legislation can get through Congress for at least two more years. As a result of voters succumbing to the fear-mongering of Republican candidates, the leadership of Senate Committees will now be in the hands of treacherous troglodytes, know-nothing knuckle-draggers, and injudicious idiots, just as it has been in the House.

How the Senate ‘Works’

The Senate is divided up into 20 committees, 68 subcommittees, and four joint committees. Before a bill can even be considered, it must “pass through committee.” Because American nincompoops gave majorities to candidates from the American Taliban party, Senate committees will now be under the direction of people who do not have the peoples’ best interest in mind.

Leading From Behind (Or: An Ass is in Charge)

* Environment and Public Works. It is likely that the head of this committee will be Jim (“Stupidity is Underrated”) Inhofe of Oklahoma. In addition to churning out a book claiming climate change is a hoax, this righwing nutjob wants to increase contamination and effluence by decreasing oversight of polluting industries.

* Health, Education, Labor and Pensions. This committee may be headed by Lamar (“I’ve Got My Healthcare”) Alexander of Tennessee. He would like to snatch health insurance back from the millions who now are covered through the Affordable Care Act. And GOK what mischief he has in mind for your pension.

* Agriculture, Nutrition and Forestry. Leading this committee could be Kansas Senator Pat (“He Doesn’t Actually Live in Kansas”) Roberts. His goals include increasing the use of pesticides and cutting billions from the food stamps program.

* Energy and Natural Resources. This committee may be chaired by Lisa (“Glow in the Dark”) Murkowski of Alaska. Among her hopes and dreams: sending more funding to states rich in oil and gas instead of moving to curtail fossil fuels; increasing dangerous drilling in wildlife refuge areas; and getting the country moving in “Gung Ho” fashion on the accumulation of more nuclear waste.

In 1776, Tom Paine wrote in his rabble-rousing pamphlet Common Sense, “It is the good fortune of many to live distant from the scene of sorrow.” Well, the distance is closing, and soon enough no one will be safe from the sorrow of ecocide.

That’s correct, you cute little members of current and future generations, this means you. No one is safe. Not even the bubble-headed Bubbas who deny science.

Because of the profound senselessness of American voters, many Washington observers expect nothing to happen during the next two years of Congress; but the reality is much worse than that. Because of Republican intransigence and inhumanity:

In fact, there will be attempts to move in the opposite direction on all these issues because the GOP favors corporatization over community, plutocrats over people.

Good job, America. By electing Republican thugs, thieves, goons, and nutbags, you are blatantly saying to seniors, veterans, students, the disabled, the middle class, the disenfranchised, and our children: go frack yourselves.