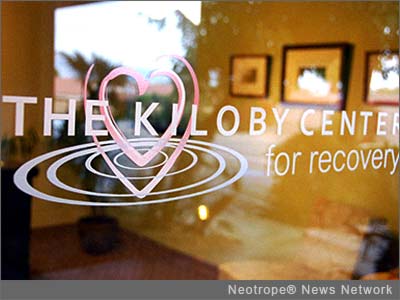 PALM SPRINGS, Calif. /eNewsChannels/ — NEWS: Addiction experts are speaking out over Philip Seymour Hoffman’s probable overdose death as a tragedy that could have been prevented. According to Scott Kiloby of The Kiloby Center for Recovery, in California, what most aren’t saying is that many traditional recovery methods simply don’t work in the long term.

“Working in the addiction recovery community, I see Philip Seymour Hoffman’s death as both a tragedy and a lesson,” says Kiloby.

“The recovery industry should consider a total revamp of its methods and remain open to new, even unconventional, ideas in addiction treatment, especially given the low success rate of inpatient treatment. You’d be hard pressed to find a success rate over 30 percent in any inpatient facility,” added Kiloby.

Research has shown an addict’s mind is hardwired to crave his drug of choice. There are a multitude of studies showing how the reward center of an addict’s brain undergoes significant changes, setting in motion an almost constant desire to use. Certain environmental, psychological and emotional cues can trigger the brain’s desire to use, even after years of remaining abstinent. A short stint at a rehab center, even where there is no access to drugs during the stay, is often not sufficient to undo these changes in the brain.

According to Kiloby, “What Hoffman needed were simple, effective tools for dissolving addictive thoughts in the moment they arose. He needed something he could take with him after he left treatment and use every day, something more than just the will to stay clean, which is often just not enough. These tools are available, but there is resistance to change in the treatment industry. Old paradigms that are not very effective are being used again and again, even in the face of evidence that they don’t work well.”

One newer method that Kiloby uses, and which is gaining some ground within the addiction recovery community, is the compulsion inquiry which works to dissolve addictive thoughts and sensations whenever they arise.

“Unfortunately, we’ll never know if Hoffman could have benefited from newer techniques, but his death does provide a teachable moment for both addicts and those who treat them,” stated Kiloby.

Scott Kiloby is the author of the book, “Natural Rest for Addiction” (ISBN: 978-1481839082). He is the owner and Director of the Kiloby Center for Recovery in Palm Springs, Calif., an outpatient facility which has developed new and revolutionary ways to help those suffering from addiction. http://www.kilobycenter.com/ .

Abuse Survivor Turned Writer and Entrepreneur, Shannan Mondor Turns Addiction Into Triumph In Debut Memoir: HOW IN THE HELL DID I… May 23, 2022