eNewsChannels COLUMN: Too many times, the use of words such as “patriot” and “patriotism” comes from a highly politicized place. The terms become part of campaign speeches or commercials. Let’s examine some acts that can be accurately called patriotic. 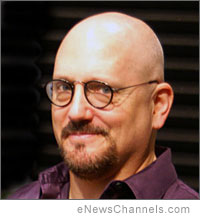 I am puzzled about Republicans. Yes, I know, welcome to the club. But let’s just look at a few items. For example, many of them talk a lot about patriotism. In fact, they quite often shout about it. But the content of their speech leaves me, well, speechless. Coupled with their actions, their words appear to be pure demagoguery. Perhaps it’s a matter of perspective, so here is mine:

First, I am proud that my president is a badass. Look, this is a guy who dispatched a team to kill Osama Bin Laden in his home. This is a guy who ordered a team to rescue hostages and kill the pirates who were holding them. This is a guy who is switching our war effort from boots-on-the-ground to utilizing flying electronic killing machines. And he’s done these things quietly, effectively, efficiently. It’s scary good as far as I am concerned.

Next, I am proud that my president has taken a big step towards bringing the nation the kind of healthcare plan that several enlightened countries have already adopted. It’s a shame that the USA was not first in this area, and it’s a shame that anti-healthcare forces watered down the legislation by killing the single-payer aspect of the program, but he got us this far and perhaps he will still be able to kick this thing all the way to the finish line.

I am proud that he has pushed through some legislation to counteract the abuses of the mortgage-lending industry. Does his recently-announced plan go far enough? No. But is it something that was needed and a good first step? Absolutely.

I am proud that the U.S. auto industry was rescued thanks to the pushing of the Obama administration. Frankly, it shocks me that there are people who do not feel this way. The auto industry reaches numerous secondary and tertiary industries in many states and cities. The footprint of that industry is huge and a great many people benefited from that move alone.

I am proud that my president recognizes fundamental issues of equality. Part of this is obvious, of course, but his recent stand on issues of women’s health is cause for celebration. I believe he will soon fight back against the disgusting attacks on the voting rights of college students, the elderly, and people of color. Again, it is alarming to hear the lack of decency on the part of those who oppose these views.

I am excited that my president has taken steps to end tax loopholes for corporations. Did he go far enough? No, but we’re moving in the proper direction in terms of compelling corporations to provide proper payment and refrain from exporting jobs. My view is this: if a corporation makes money here, it should either contribute fairly in terms of taxes and hiring; if it does not play by those rules, it should suffer one of two consequences: expulsion from our land or nationalization.

Everything here, other than my opinion about punishing wayward corporations, has been developed and carried out without histrionics or invective. And all of it is for the good of the United States of America. Everything here is patriotic. So it is appalling to me that there are so many people who are against these things. Quite frankly, many Republicans seem and sound very unpatriotic to me. I am damn proud to stand with Obama on the side of patriotism.

As someone who is an avowed non-flag-waver, this is a very interesting position that Obama has helped me reach. It feels good. Now if we could just do something to prevent the unpatriotic types from reaching elected office. It would be so refreshing to have more truly patriotic people in Congress, such a very nice change from the current wretched situation in the House and the very-nearly-horrific situation in the Senate. Not to mention the repulsive story of the Supreme Court. If only there was something we all could do.

Article is Copr. © 2012 by John Scott G, and originally published on eNewsChannels.com – all commercial and reprint rights reserved.