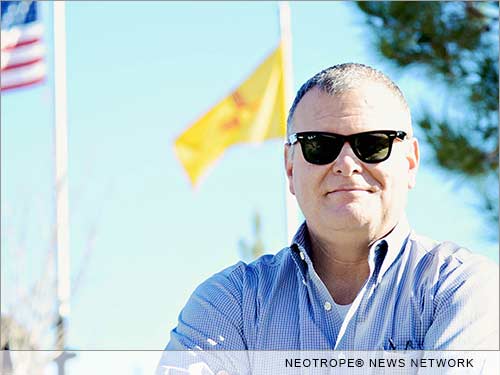 Richter is used to taking down Nazis for the War Department, but during one late night in February 1942, circumstances sweep him into unexpected wartime action involving something much more than the typical Nazi conspirators.

“Richter’s War” draws on the mystique of hard-boiled detectives and the strangeness of the rumored enemy attack and anti-aircraft artillery barrage known as “The Great Los Angeles Air Raid.” The story integrates themes of racism, government, war, society, and human nature amidst science fiction action, suspense, humor, Nazis, and an alien.

Geno Richter is a tough hero — he must be in order to take on Nazi spies and an apparent alien invasion of Los Angeles. But he’s also tough enough to take a stand against the U.S. Government’s internment of people of Japanese ancestry during World War II. This dreadful episode is a key ingredient of Richter’s War, and Geno rises to the occasion in his own special way.

The Richter’s War short script is adapted from one of Douglas’s science fiction short stories, which is published by Geminid Press, LLC and available on Amazon (http://www.amazon.com/dp/B01CXNVPOG/) as the eBook “Richter’s War: Case of the Japanese Alien.”

Daniel P. Douglas is a U.S. Army veteran who has also served as a senior analyst in the U.S. intelligence community. As a writer, Douglas creates epic tales — of the past, present, and future — with the most unlikely of heroes, and calls upon them to join extraordinary and mysterious struggles. His characters’ sometimes-reluctant choices and actions put them on a collision course with destiny and reveal unimaginable truths.

Douglas explores this theme through science fiction, conspiracy, mystery, suspense, and thriller books and screenplays. Born and raised in Southern California, Douglas has also lived in Virginia and Arizona. He now lives in New Mexico with his family, pets, and livestock.

Youthful Faces - NYC Dancers Step Together in Short Musical Film to Encourage Our Youth to Speak Out! Oct 10, 2019