KANSAS CITY, Mo. — Newhouse, a Kansas City domestic violence shelter, notes that Valentine’s Day isn’t all candy and roses for every woman. Instead, it’s a grim reminder of the fine line between love and hate. “When David and I first started dating, he was so attentive, paid so much attention to me and I thought he was so caring. But then, after we got together, that attention quickly turned to jealousy, control and violence when I didn’t do exactly as he wished.” 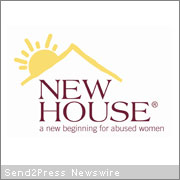 This is just one story from the 431 women who actually made it to Newhouse in 2008 in search of help for themselves and their 344 children.

Domestic violence isn’t reserved for the poor or uneducated. According to the American Psychological Association, nearly one in three adult women experience at least one physical assault by a partner during adulthood. It could be your sister, your mother, your neighbor or your daughter.

* Approximately one-third of the men counseled (for battering) are professional men who are well respected in their jobs and their communities. These have included doctors, psychologists, lawyers, ministers, and business executives (Massachusetts Coalition of Battered Women Services 1990).

* Battering is the establishment of control and fear in a relationship through violence and other forms of abuse. The batterer uses acts of violence and a series of behaviors, including intimidation, threats, psychological abuse, isolation, etc. to coerce and to control the other person. The violence may not happen often, but it remains as a hidden, terrorizing factor (FBI Uniform Crime Reports 1990).

* Four million women are abused by their husbands or live-in partners each year in the United States (USDoJ 2005).

* Violence by an intimate partner accounts for approximately 22-percent of violent crime against women (USDoJ 2006).

The mission of Newhouse(R) is to break the cycle of domestic violence by providing the tools that allow women to make positive choices and lead self-sufficient lives. To make a contribution, visit the Newhouse website at http://www.newhouseshelter.org or contact Newhouse at 816-474-6446 x230.