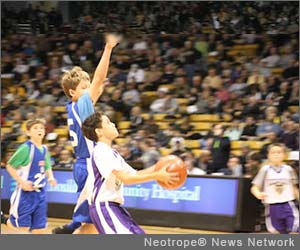 BOULDER, Colo. /eNewsChannels/ — TeamSnap, a fast growing sports management SaaS and mobile app, announces a list of local organizations using its Club and League Solution that now includes the Boulder Panthers Basketball Club of Boulder, Colo. TeamSnap climbed into iTunes’ top 40 free sports apps list this month while the club continues to use it as a tool to help grow the sport of basketball.

The Panthers strive to expose as many players as possible to competitive basketball and are dedicated to the development of youth through basketball.

To grow the sport of basketball even more, Leddon approached Gomez-Do’lbarra about using TeamSnap as a tool to stay organized. They now use every feature TeamSnap has to offer. They are familiar with its club level features like scheduling, player database management, mass messaging, customizable registration, a public website, and other features designed for League Commissioners and organizers like Leddon and others who lead busy lifestyles as volunteer coaches.

TeamSnap is also fully integrated on the team level with Leddon’s 6th grade boys’ basketball team that ended its season with a winning record. Leddon would automatically send his team messages about locations, practice times, and other notifications so he could avoid time on the phone with all 11 of his players’ parents. One time he used TeamSnap text messaging to notify his team right before a tournament to tell them to avoid a trafficked road. If he hadn’t done that, the team could have forfeited the game.

As a part of their mission to grow the sport of basketball, the Panthers Club is a part of the Gold Crown Foundation, an organization committed to aligning the middle schools and high schools in Colorado so that kids are encouraged to continue playing.

The Gold Crown Foundation also has after school programs and academic enrichment programs through classroom work to further develop youth through basketball. Some Boulder Panthers athletes attend summer camps with a computer class in the morning and basketball in the afternoon.

TeamSnap is a mobile and web service for managing groups, sports teams, and leagues and is used by over two million people in 195 countries. A world reaching start-up headquartered in Boulder, Colo., TeamSnap was featured in Venture Beat’s Top 10 Boulder Startups. The company recently raised $2.75 million in funding on the strength of its foundation of providing an easy-to-use online service for clubs, leagues, teams and groups alike. Learn more about TeamSnap at http://www.teamsnap.com/ .

Read more about the Boulder Panthers at http://blog.teamsnap.com/customer-profiles/boulderpanthers/ or at .

TeamSnap Raises $5.5M in Funding as Sports Activities Begin to Resume May 26, 2020