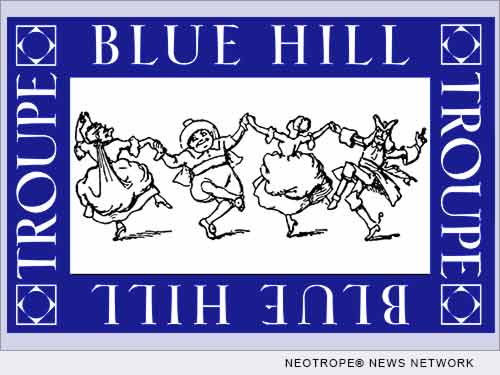 Tickets to “A Little Night Music” are on sale now and range from $29.50 – $75. (Payment in excess of $20 per ticket is tax deductible to the extent provided by law.) They can be purchased at http://bht.org/events/2015-a-little-night-music or by calling 212-988-2012. Performances are November 13, 14, 18, 19, 20 and 21 at 7:30 p.m., November 15 at 3 p.m., and November 21 at 2 p.m. “A Little Night Music” is directed by Donald Brenner, with music direction by Eric Peterson. The cast features Patricia Berg*, Denise Crawfort, Christopher Dorre, Julia Farina, Sarah Glaser, Sarah Gilbert, Ken Harmon*, Joanne Lessner*, David Loewy, Michael Macaione*, David Pasteelnick, Chazmond J. Peacock, Sydney Ransom, Vikki Willoughby and Cristiane Young. (*Appearing courtesy of Actors’ Equity Association.)

Every year since 1924, the Blue Hill Troupe has come together for a season of revelry celebrating its three great passions: Theater, Charity and Community. The Troupe’s efforts are rooted in a tradition of performing a Gilbert & Sullivan operetta, and the group also presents a musical theater production as well as a concert series. The all-volunteer Blue Hill Troupe spans all generations and all walks of life. New members, both front and backstage, are accepted each fall at the beginning of the season and are immediately folded into the family where everyone, from singers to sewers alike, works side-by-side.

Over the years, these efforts have raised more than four million dollars in net proceeds that have been given annually to various diverse NYC-based charities. Recent charities include Quality Services for the Autism Community, the GO Project, Carter Burden Center for the Aging, and the “I Have a Dream” Foundation – New York.

Set in 1900s Sweden, Stephen Sondheim and Hugh Wheeler’s elegant gem “A Little Night Music” explores the tangled web of affairs centered around actress Desiree Armfeldt, the men who love her, and their jealous wives. When all convene for a weekend in the country at Desiree’s mother’s estate, infinite possibilities for new romances and second chances bring endless surprises.

In Gilbert & Sullivan’s “Iolanthe,” the title character, a fairy, returns to the fold 25 years after being banished from Fairyland for marrying a mortal. She seeks protection for her now grown son who is half-fairy and half-mortal. When he falls in love with the ward of the Lord Chancellor, both Fairyland and the Houses of Parliament nearly fall to pieces.

The Children’s Cancer and Blood Foundation (CCBF) was created in 1952 to support the extraordinary work of the Division of Pediatric Hematology and Oncology. It is the oldest and largest charitable organization in the United States dedicated to funding clinical care, research and training of emerging practitioners and researchers in pediatric hematology and oncology. Support from CCBF has fueled many of the Division’s breakthroughs in scientific and clinical research. It has revolutionized the treatment of young patients who, as a result, are receiving better care and living longer and fuller lives.

Its team prides itself on providing outstanding, innovative, family-centered patient care and recognizes that medical treatment is only one part of the child’s road to recovery. CCBF’s distinguished researchers are making medical advances that are to revolutionizing the study and treatment of pediatric cancers and blood disorders. CCBF scientists are applying research breakthroughs to practical treatments for patients across the world. Information: http://www.childrenscbf.org/.

For more information about the Blue Hill Troupe, please visit: http://www.bht.org/ or https://www.facebook.com/BHT.org and on Twitter at @BlueHillTroupe.