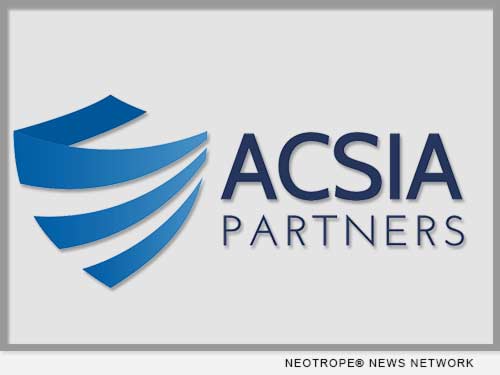 NEWS: (KIRKLAND, Wash.) ACSIA Partners, a national distributor of long-term care insurance and education, recommends preemptive action against the impact of Alzheimer’s disease and other forms of dementia. “Cognitive decline is a big and growing reason Americans need long-term care,” says Denise Gott, CEO, “and the best time to plan for it is before symptoms arise.”

“Think of it this way,” she explains. “If you’re worried about your house burning down, you wouldn’t wait for smoke and flames before getting fire insurance or removing fire hazards.”

When it comes to Alzheimer’s, most Americans fail to appreciate its danger and avail themselves of sensible precautions, according to Gott. She offers these three guidelines:

1. Recognize the size of the problem. The Alzheimer’s Association reports that one in three seniors dies with Alzheimer’s disease or another form of dementia. Five million Americans are living with Alzheimer’s, and the number is expected to triple as millions of Baby Boomers enter their retirement years.

“Alzheimer’s is a progressive and fatal disease,” says Gott. “Over time, more and more longer-living Americans may lose the ability to care for themselves. Millions will need long-term care.”

And they may need it for an extended period. “Many dementia victims require LTC for seven to ten years or more,” she says, “while others typically need care for about three years.”

2. Determine whether insurance is the right option. Medicare does not cover many services that are needed by people living with dementia.

Medicaid does provide substantial help, but only for those lacking the financial means to help themselves. If you fall into this category, public assistance may be your best bet.

Otherwise, providing care is up to you. If you’re very wealthy, you may choose to self-insure. If you’re not rich but doing OK, private insurance may be your best option. “An LTC policy lets productive family members keep on with their jobs and lives,” says Gott. “Nobody has to become default caregiver, a role usually filled by a wife, daughter, or other female relative.”

3. If LTC insurance makes sense for you, consult with a dementia-aware advisor. LTC agents are state-certified, but there’s no legal requirement they know anything about dementia. So it’s up to you to pick one who does.

Such an agent can answer questions such as, “How many years of care should my policy cover?” and “What mental or physical disabilities trigger benefits?”

A dementia-aware agent can also help you explore appropriate benefit options available in a wide range of policies from multiple competing carriers.

Gott and her colleagues also support efforts to promote brain health and research to find future treatments for dementia. In January they hosted “Wiggin’ Out for Alzheimer’s,” a gala event in Austin that raised $19,000 for the Alzheimer’s Association. Individual ACSIA agents contributed $3,700; CEO Gott matched that with another $3,700; ASCIA Partners as a company contributed $8,000; and the rest came from carriers that ACSIA represents.

“We invite people everywhere to join us in supporting the Alzheimer’s Association,” says Gott. They may do so here: http://www.alz.org .

“Every amount, large or small, makes a difference,” says Gott. “Together we can beat Alzheimer’s, just as we beat other diseases once thought incurable, such as smallpox, polio, and TB.”

“And in the meantime, we can make our lives better through prudent care planning and healthy lifestyles.”

ACSIA Partners LLC — http://www.acsiapartners.com — is one of America’s largest and most experienced long-term care insurance agencies serving all states. The company is also a co-founder and sponsor of the “3in4 Need More” campaign, which encourages Americans to form a long-term care plan.