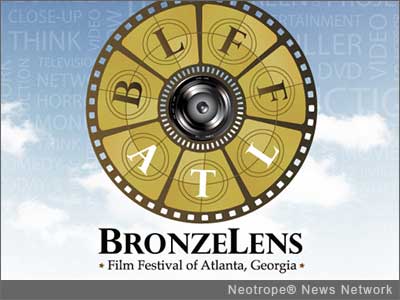 Headquartered at the Atlanta Marriott Marquis, BLFF13 will take place November 6-10, 2013 at various venues. Tickets are available to the public.

For additional information or to purchase tickets go to www.bronzelens.com/tickets-and-registration.html .

In addition to screening 44 films representing the United States, Africa, Canada and South America, BLFF13 highlights include: a talk back with Alice Walker after screening “Alice Walker: Beauty in Truth”; a talk back with director Nelson George after screening “Finding the Funk”; a discussion on social change issues following the Cinema and Social Justice films; an intensive acting session with casting director Kim Hardin; a discussion of the role of makeup artistry in filmmaking; and a discussion of how to get a job in film production.

Red Carpet events include the Atlanta debut of “Black Nativity”, BronzeLens Women SuperStars Luncheon, the BronzeLens Awards Show, and a screening of “The Best Man Holiday” followed by a talk back with film director, Malcolm D. Lee, and cast members.

Media is invited to attend. Space is limited so credentialed media should RSVP for Red Carpet events to: Edrea Davis edrea@jazzmynepr.com. If you are approved you will receive an email.

* Saturday, November 9
2:00 p.m. Casting director/producer Reuben Cannon and the Producer’s Roundtable: BET Networks presents Reuben Cannon, an acclaimed film icon, in an assembled round table of highly successful producer’s including: David Talbert, Lyn Talbert, Jeff Clanagan and Paul Hall who have box office hits to give insight on film from their point of view.

Background:
Founded in 2009, The BronzeLens Film Festival of Atlanta, Georgia is a non-profit organization dedicated to bringing national and worldwide attention to Atlanta as a center for film and film production for people of color and to showcase films and provide networking opportunities that will develop the next generation of filmmakers.