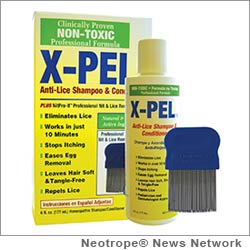 BRIDGEPORT, Conn. /eNewsChannels/ — In the early 1980’s George Coleman, head of Dermedics Laboratories in Bridgeport, Conn., teamed up with the former Keneric Industries to reformulate and market an over-the-counter pharmaceutical product designed to treat the symptoms of hangovers. The product, Dr. Seltzer’s Hangover Helper, went on to become the best-selling hangover remedy in the U.S. It was eventually sold to a well-known manufacturer and, after almost 20 years on the market, was discontinued when that manufacturer was sold.

Realizing that the need for a safe, fast and effective hangover remedy still existed, Coleman and his team at Dermedics Laboratories re-formulated the product to meet new FDA requirements and, this summer, will re-launch the “Doc” in Circle K convenience stores throughout Arizona, New Mexico and Nevada, as well as in other retailers nationwide and on the internet at www.DrSeltzers.com.

“Hangovers are not always associated with drinking too much alcohol,” Coleman observes. “Sometimes factors such as hot weather contribute to the problem. Believe me, if you ever had a ‘hangover headache,’ there’s nothing more effective than Dr. Seltzer’s.”

More information is available at http://www.DrSeltzers.com.

A problem that could drive you to drink:

In 1998, during a conversation with a group of school nurses, Coleman had learned that two of their major concerns were the toxicity of existing head lice treatments and the fact that lice seemed to have become resistant to them.

Enlisting the expertise of one of the nation’s foremost homeopathic practitioners, Coleman went on to develop a safe and effective non-toxic head lice shampoo, X-PEL Anti-Lice Shampoo & Conditioner. Laboratory testing also showed X-PEL had the ability to repel lice, thereby making it not only a front-line treatment for existing head lice infestation but also a product that could prevent infestation.

“Combine these attributes with our state-of-the-art nit (egg) removal comb, and you have the safest, most effective head lice treatment available. School nurses love it. So do parents. Not only does it work as advertised, it is safe for humans, animals, fish and the environment. If people thought about where the contents of discarded bottles of those toxic pesticides end up once they hit a landfill, not to mention once they hit your kid’s head, they would certainly choose X-PEL,” says Coleman.

X-PEL is available at regional drug stores and supermarkets throughout the U.S. and Puerto Rico such as Hannaford Supermarkets, Harris Teeter Supermarkets, Kinney Drugs, USA Drugs, Kerr Drugs, Pharmaca Integrative Pharmacies, Bartell Drugs. It is also the only non-toxic head lice treatment and preventative stocked by the U.S. Department of Health and Human Services for distribution to government agencies.

“We really want to get into the ‘big box’ national drug store and supermarket chains but, so far, it’s been too expensive for us to meet their demands,” Coleman says.

For more information and where to buy X-PEL, visit: www.x-pelheadlice.com .