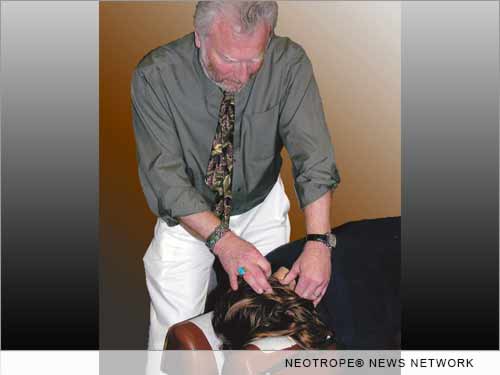 CORTE MADERA, Calif. /eNewsChannels/ — NEWS: “Giving voice to a growing public health problem,” notes Dr. Don Harte, Marin County chiropractor, “a recent cover of TIME magazine bears a picture of a fishhook, with a pill as ‘bait.’ That cover proclaims ‘They’re the most powerful painkillers ever invented. And they’re creating the worst addiction crisis America has ever seen.’ No kidding!”

“Over the last couple of decades, Medicine and Big Pharma have been upping the ante on pain pills,” explains Dr. Harte. “Government agencies had the brakes on opioids for a long time. Then came the ‘cox 2 inhibitors,’ Vioxx and Celebrex. Vioxx was taken off the market in 2004, after killing more people than we lost in Vietnam. Now the brakes are off the opioids, including Opana and Oxycontin.”

“Over the last couple of decades,” Dr. Harte goes on, “orthopedists have gotten into extremely aggressive marketing with spinal surgery. The top operation now, in this country, is spinal fusion.” He goes on, “With the possible exception of unstable fractures and cancerous bone tumors, back surgery, especially spinal fusion, is barbaric. Patients end up worse, often far worse. Often, one surgery leads to the next. This is a major gateway to long-term opioid prescriptions, and then, addiction. They, the surgeons, are the cause of these drastic pain increases, and, therefore, they are the cause of the current widespread drug dependence.” He emphasizes, “People in pain go to orthopedists for relief. Their patients end up worse, with untold damage to the nervous systems.”

Dr. Harte explains. “Millions suffer from chronic neck and back pain, as well as pain of the hips, knees, shoulders and wrists. They go to the orthopedist for help. At best, nothing is accomplished, since, in Medicine, no one deals with causation. Only symptoms are dealt with.”

He adds, “More commonly, suffering people end up with more suffering, and sicker, overall. More and more end up drug-addicted. But, then, Medicine has specialists for that, too. What a racket!”

People in pain ask Dr. Harte what they can do that is safer and more effective. “Straight chiropractic,” he advises. “Not your typical pain-treating, white coat-wearing excuse-for-chiropractic care. Real chiropractors look for the cause, and then, seek to correct it, through gentle, specific, scientific chiropractic adjustments. Not only does pain typically lessen or disappear, but a person’s body becomes free to function at a higher level. Overall health improves, because the nervous system is free from interference.”

Dr. Harte explains that people have a choice. “You can go for ‘what’s accepted,’ get doped up and cut up, and maybe addicted. Or, you can correct the cause, giving your body a chance, not only for pain relief, but to be well.”

Dr. Don Harte, former medical student, is a straight chiropractor serving Marin and the Greater Bay Area since 1981. He is an activist in the struggle for free speech for chiropractors. Dr. Harte was named 2006 “Chiropractor of the Year” by the World Chiropractic Alliance (WCA). He has served on the Boards of the WCA and the Council on Chiropractic Practice. His articles have been published in OMNI magazine, San Francisco Chronicle, Chiropractic Journal and Journal of the California Chiropractic Association.