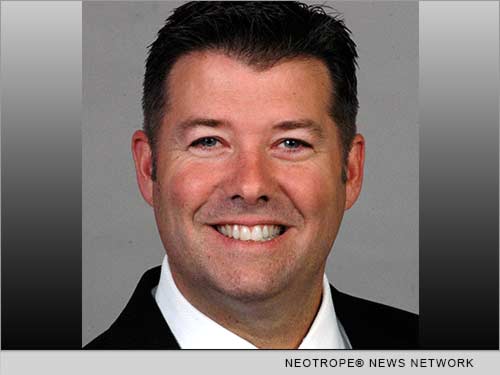 FLAT ROCK, N.C. /eNewsChannels/ — NEWS: North Carolina-based Four Seasons Compassion for Life, a respected hospice and palliative care provider, again leads the state and Mountain Area counties for its significant percentage of patients served at their end of life through its hospice services and programs.

Four Seasons has maintained the highest death service ratio in Henderson and surrounding counties, remaining one of the highest in the state for the past eleven years, according to figures in an annual statewide Death Service Ratio (DSR) report released last month. Of 1,336 deaths in Henderson County, 870 persons, or 65.12 percent, received hospice services.

The Death Service Ratio, a simple, annual record of how many individuals receive hospice care at end of life, is widely considered one of the best indicators of how well an organization serves its community, according to Chris Comeaux, president and chief executive officer of Four Seasons.

“The DSR provides a practical measure for monitoring hospice use by patients and families. Those numbers, together with family satisfaction in our quality of care, as well as other indicators, reflect our commitment to remain an industry leader in the growing fields of hospice and palliative care,” he says.

The Four Seasons commitment to quality of care and leadership in the field remains without question. The agency serves more than 1,000 persons daily, yet the non-profit’s family satisfaction measures rank consistently in the top 10 percent in the country. In 2014, Four Seasons received a noteworthy $9.5 million grant to pilot Medicare reform through its innovative community palliative care model.

“The Four Seasons vision and mission is the commitment to provide the best possible end-of-life care to all those who need it in western North Carolina,” says Comeaux. “Our goal is to exemplify ‘Triple Aim’ of health care in terms of higher quality, better services, and lower costs for each of our patients.”

Hospice utilization trends continue to show increase in North Carolina annually since 1980. In 2011, the most recent year with data available for deaths statewide, North Carolina ranked sixth in the country, tracking an average hospice utilization rate of 40.6 percent, according to the National Hospice and Palliative Care Organization. Statewide estimates for the same year indicate 37,358 persons received hospice care, a 7.8 percent increase over 2010, according to data prepared by the Carolinas Center for Hospice and End of Life Care.

Four Seasons Compassion for Life is a 501(c)3 non-profit organization with a dedicated team of health care professionals, social workers, spiritual care professionals and volunteers deeply committed to its mission of “Co-Creating the Care Experience.” Nationally known for its leadership through innovative, quality hospice and palliative care services, Four Seasons is a former Circle of Life award recipient from the American Medical Association. For more information, visit http://www.fourseasonscfl.org/ .