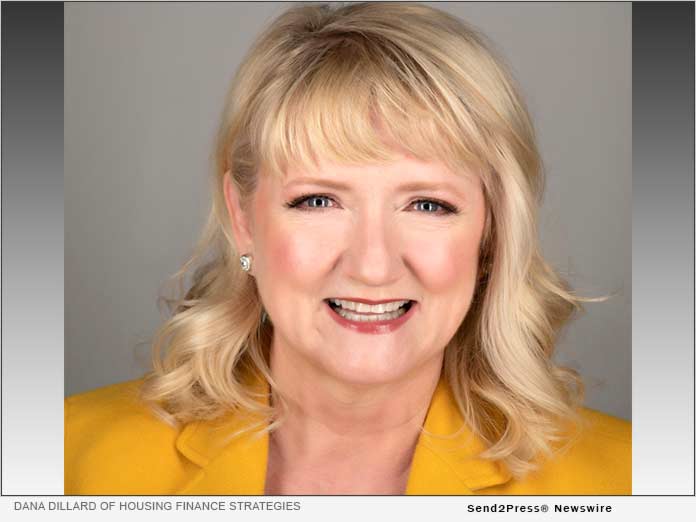 Dillard, a twenty-five-year mortgage veteran, most recently served as executive vice president at Mr. Cooper, where she initiated the firm’s diversity and inclusion practice and played an integral role in representing the firm by advocating for the American dream of homeownership with industry and government officials.

“This looks to be an impactful move for Housing Finance Strategies,” said Marcia Davies, chief operating officer of the Washington, DC-based Mortgage Bankers Association (MBA). “Given Dana’s prominent role in launching the CARES Act Borrower Awareness Campaign and her tireless championing of diversity and inclusion at Mr. Cooper – for which she won the MBA’s D&I Award for a large company – she is at the intersection of some of the most prominent issues we are tackling in 2021.”

Named by HousingWire as a 2020 Woman of Influence, Dillard managed the development of Mr. Cooper’s diversity and inclusion program, where she led by example and fostered an inclusive environment. Under Dillard’s leadership, the program grew to include more than 15 employee resource groups with more than 3,500 active members.

Schwartz went on to say, “Dana will be a tremendous addition to our team! We are so excited at the prospect of expanding our business to meet the growing demand for our advisory services as well as our planned launch of D&I. Dana is a natural fit and true complement to our practice.”

Housing Finance Strategies was established by Faith Schwartz in 2016 as a professional services and advisory firm specializing in mortgage modernization, housing policy and legislative and regulatory affairs. Schwartz serves on a number of bank and fintech boards and has a lengthy record of hosting and moderating housing industry events. Since 2019, Schwartz has partnered in creating and delivering two national housing policy conferences.