USFS (United Shore Financial Services), one of the nation’s largest and fastest growing mortgage lenders, announced today that its founder and chairman, Jeff Ishbia, won Ernst & Young’s 2013 Entrepreneur Of The Year Award for the Michigan and Northwest Ohio region. 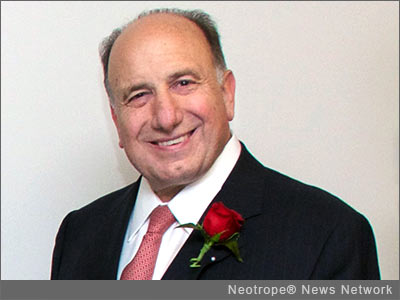 TROY. Mich. /eNewsChannels/ — NEWS: USFS (United Shore Financial Services), one of the nation’s largest and fastest growing mortgage lenders, announced today that its founder/chairman, Jeff Ishbia, has won the Ernst & Young’s 2013 “Entrepreneur Of The Year” Award for the Michigan and Northwest Ohio region.

The winners were recently honored at a black tie gala event held at the MGM Grand in Detroit, Michigan. USFS is the parent company of United Wholesale Mortgage, Shore Mortgage and Capital Mortgage Funding.

Ernst & Young’s Entrepreneur Of The Year award recognizes outstanding high-growth entrepreneurs who demonstrate excellence and extraordinary success in such areas as innovation, financial performance and personal commitment to their businesses and communities. Past winners include high-profile names such as Michael Dell of Dell Computer Corporation, Jeff Weiner of LinkedIn, Steve Case of America Online, Pierre Omidyar of eBay Inc., Howard Schultz of Starbucks Coffee, and James McCann of 1-800-FLOWERS Inc., to name few.

“To be named to Ernst & Young’s Entrepreneur Of The Year list is a tremendous honor,” remarked Jeff Ishbia, USFS’ founder and chairman. “This achievement celebrates the overall fostering of intra-company entrepreneurship that we embrace at USFS and an unwavering drive and commitment by each of our talented employees that are dedicated to moving our company forward.”

Ishbia will move on to compete at the national level of the competition. The national winners in several national categories will be announced at the annual awards gala in Palm Springs, California, on November 16, 2013. The awards are the culminating event of the EY Strategic Growth Forum(R), the nation’s most prestigious gathering of high-growth, market-leading companies.

Together, the company employs more than 1,200 team members, projecting over $16 billion in originations and 600 additional employees in 2013. For more information, visit http://www.unitedshore.com/ .

About the Ernst & Young Entrepreneur Of The Year Awards:

Ernst & Young’s Entrepreneur Of The Year is the world’s most prestigious business award for entrepreneurs. The unique award recognizes the significant contributions of entrepreneurs who inspire others with their vision, leadership and achievement.